General Secretary of the Unite union, Len McCluskey applauds during the Durham Miners Gala as colliery bands make their way past the County Hotel. 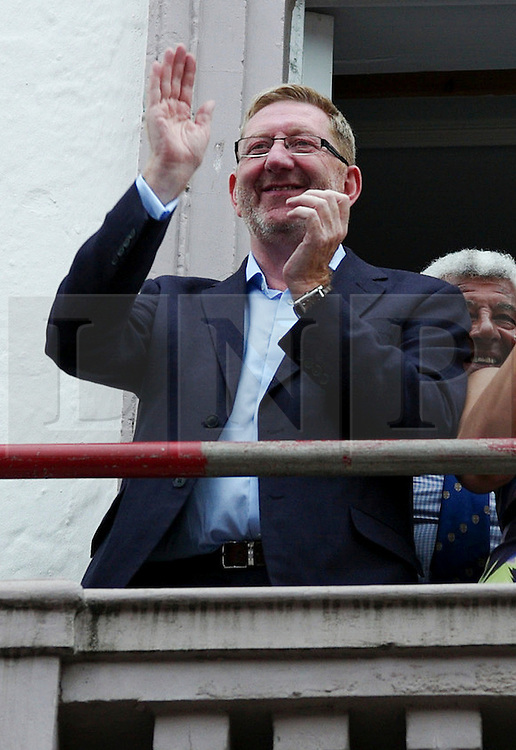