© Licensed to London News Pictures. 02/05/2015. London, UK. In keeping with tradition, the royal birth announcement of the Duke and Duchess of Cambridge's second child, a daughter, born at 8.34am, today, 2 May 2015, is posted on an easel outside Buckingham Palace. The document is signed by the the delivery team at St Mary's Hospital in Paddington - led by Alan Farthing, the royal surgeon-gynaecologist. Shortly earlier was the Changing The Guard ceremony, resulting in huge crowds outside the palace. Photo credit : Stephen Chung/LNP 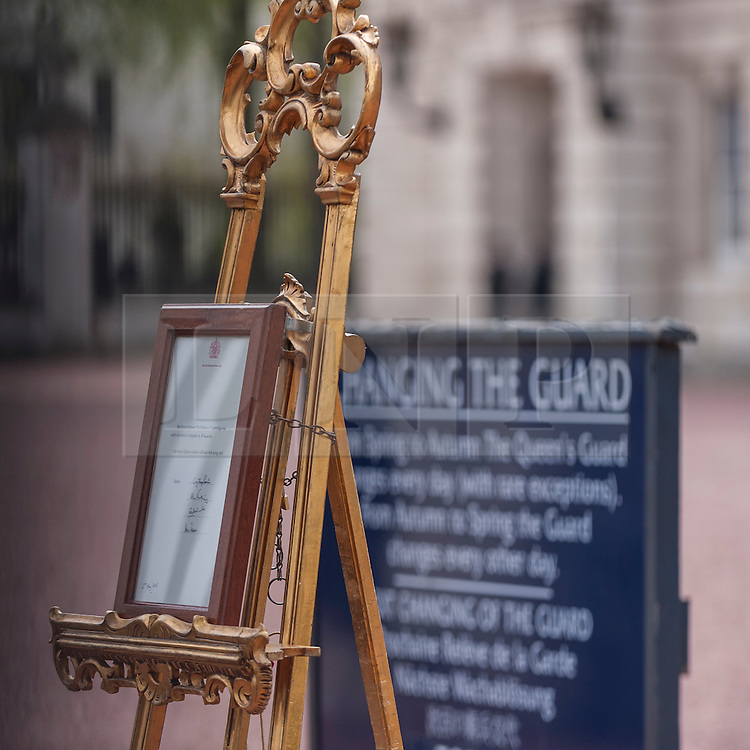