© London News Pictures. 12/05/2015. Beaconsfield. UK. Photographer Ian Schofield spent hours at a secret location near Beaconsfield in Buckinghamshire capturing these amazing images of little owls. The Little owl was introduced to the UK in the 19th century. It can be seen in the daylight, usually perching on a tree branch, telegraph pole or rock. The RSPCA Breeding Bird Survey data suggest that Little owl numbers are declining, with the UK population estimated to be down by 24 per cent between 1995 and 2008. There are believed to be 5,700 pairs in the UK. Photo credit: Ian Schofield/LNP 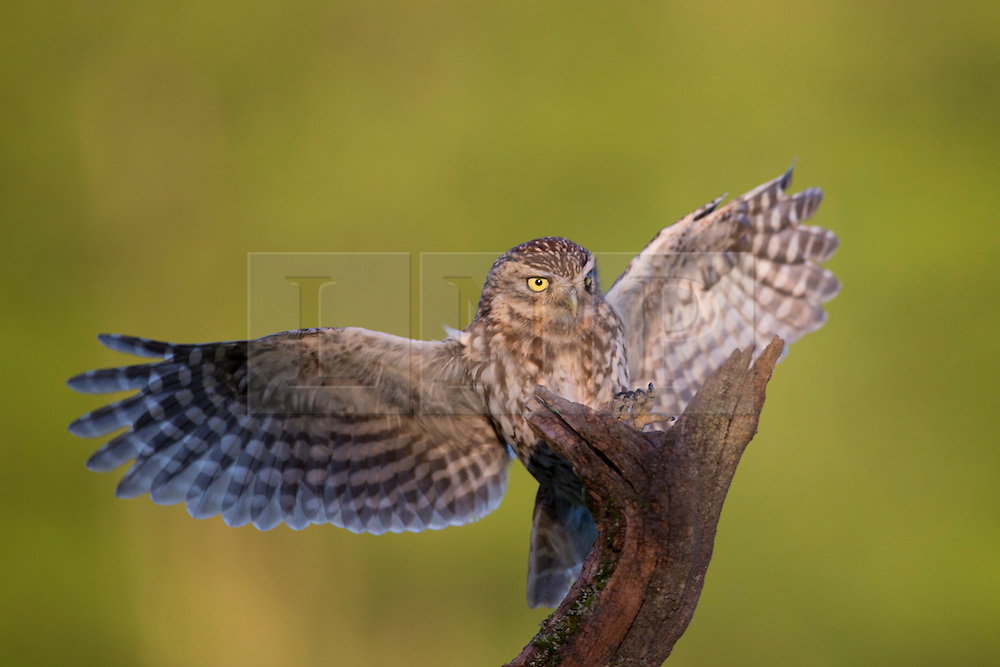