© Licensed to London News Pictures. 18/09/2019. London, UK. Welsh singer Dame Shirley Bassey unveils her bronze handprints in the Square of Fame at SSE Wembley. The star first performed at the venue 60 years ago in a performance that inaugurated the Empire Pool, Wembley (as it was known then), as a music and entertainment venue, and began its reputation as one of the world’s most iconic concert venues. The unveiling marks 60 momentous years of The SSE Arena, Wembley in Wembley Park, North West London’s world-famous, dynamic cultural neighbourhood. Photo credit: Ray Tang/LNP 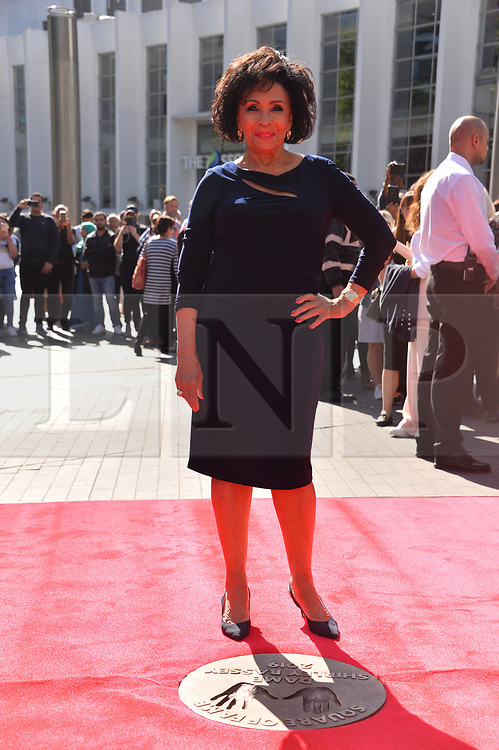