© Licensed to London News Pictures. 31/08/2013. London, UK. Lorraine Etherington (2L), Lorraine Salvage (3L) and Mark Peterson (4L), sister, cousin and brother of of prisoner Charles Bronson, are seen with other friends and relatives before handing in a petition for his release to Number 10 Downing Street in London today (31/08/2013). Often referred to in the British press as the "most violent prisoner in Britain", Bronson is currently being held on a life sentence in Wakefield High-Security Prison. Photo credit: Matt Cetti-Roberts/LNP 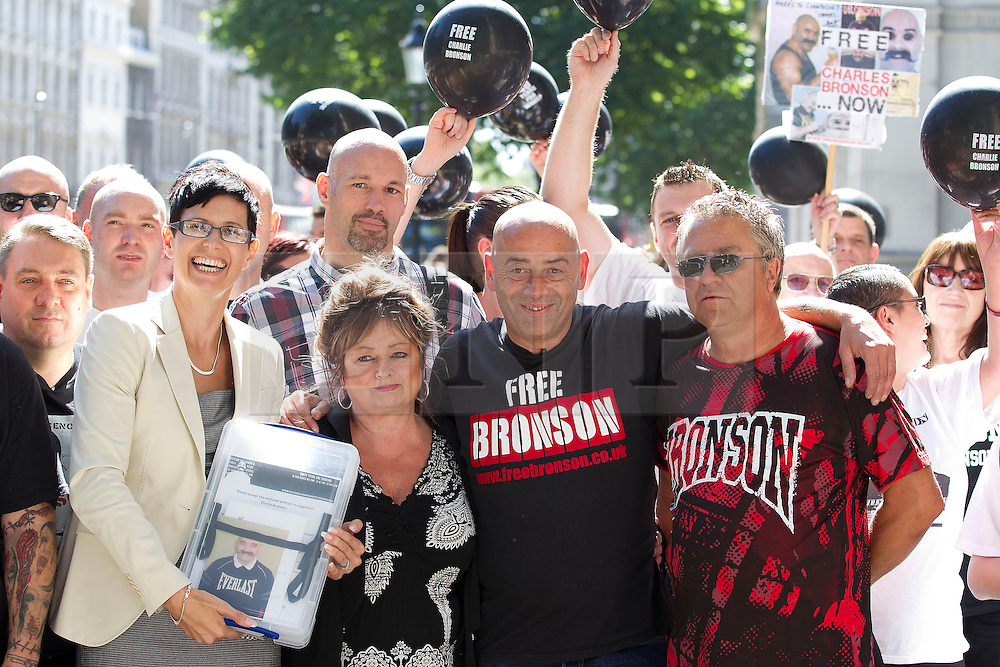