© Licensed to London News Pictures. 18/04/2013. File photo of Ostend Spirit arriving back at Tilbury in April 2013 after the failure of TransEuropa Ferries. A former cross channel ferry has left the UK to be sent for scrap in Turkey. Built in 1987 and known as the Pride of Calais, she was a popular vessel that took many passengers across the channel. She was chartered to TransEuropa Ferries for three years in Dec 2012 under the new name Ostend Spirit, but little more than three months later she was laid up at Tilbury with her future uncertain. Now, to the dismay of shipping enthusiasts, she has departed Tilbury and will be scrapped like her original sister ship Pride of Dover. She left Tilbury shortly after 8pm on Wed (30th). Credit : Rob Powell/LNP 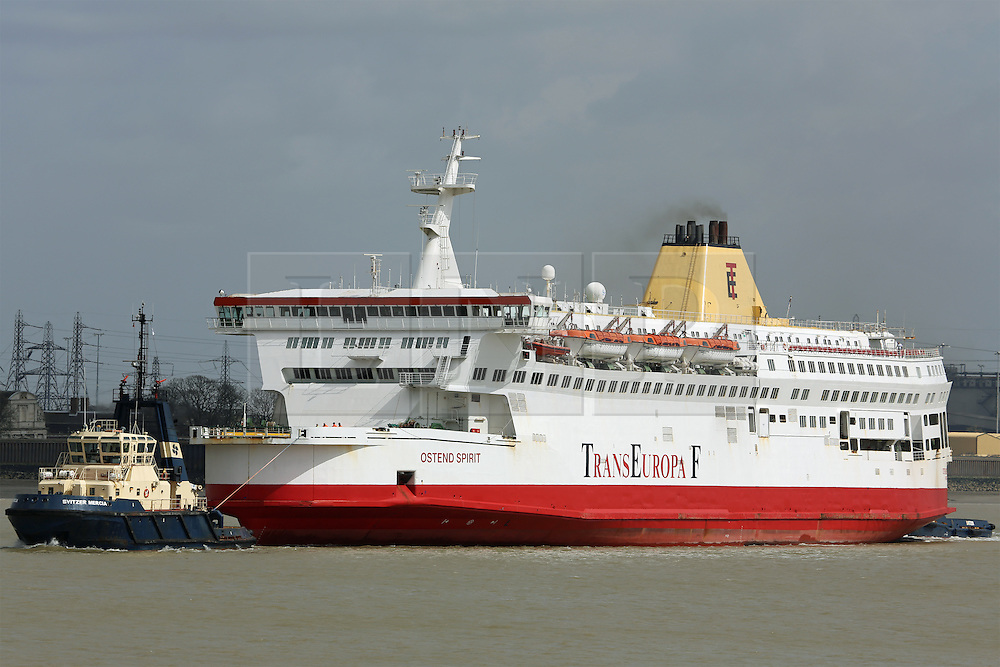