© Licensed to London News Pictures. 23/01/2020. LONDON, UK. Richard Ratcliffe, the husband of British-Iranian mother Nazanin Zaghari-Ratcliffe, speaks to the media outside number 10 Downing Street accompanied by his mother Barbara and daughter Gabriella after having talks with Boris Johnson, Prime Minister. Mr Ratcliffe wants the Prime Minister to take a personal interest in seeking a release of his wife who was imprisoned in 2016 for five years in Iran on controversial spying charges. Mr Johnson, when he was Foreign Secretary, was accused of increasing her sentence by saying that she was training journalists in Iran at the time of her arrest. Photo credit: Stephen Chung/LNP 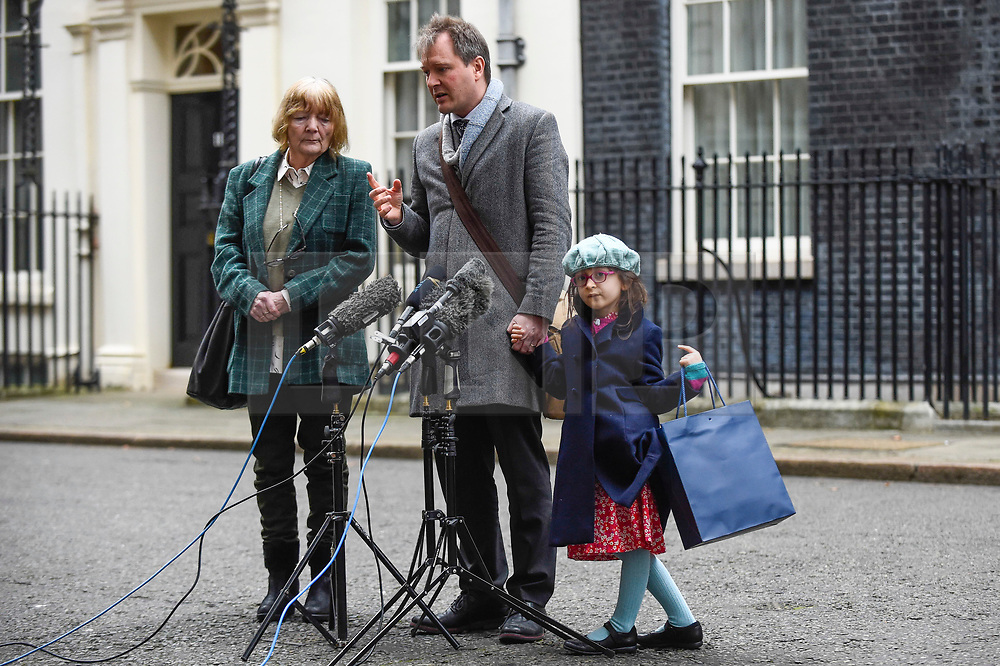