© Licensed to London News Pictures. 03/12/2017. Chew Magna, North Somerset, UK. Susan Cole gets over a stile on the 5k course. (Runners agreed to be photographed for press and publicity) Over 500 Santas of all ages and fitness levels take part in the very first Chew Valley Santa Scramble. This Winter community event began with the children’s 1k Mini Santa Scramble starting off the morning’s action, in the grounds of Chew Valley School. Then 325 children over 11years and adults ran, walked or skipped around a 5k route from Chew Valley School, taking in the beautiful countryside of Chew Stoke and Chew Magna. Everyone wears a Santa Suit, included in the entry fee. Both events were officially started by Bristol’s inspiring adventurer, Jim Plunkett-Cole – also known as Jim ‘Gump’ who, having completed his Jim Gump Challenge of running across America, educating and inspiring children to get active along the way, is now doing the same amongst local schools in the area, to encourage children to enjoy an active and healthy lifestyle. The event was organised by Chew Valley School’s BTEC students in Sports Management and the Chew Valley 10k team. All funds raised will be divided between Chew Valley School, who are fundraising to provide two undercover tennis courts and Mend The Gap (www.mendthegap.org.uk), a local charity based in Langford, which the school is linked to. Photo credit: Simon Chapman/LNP 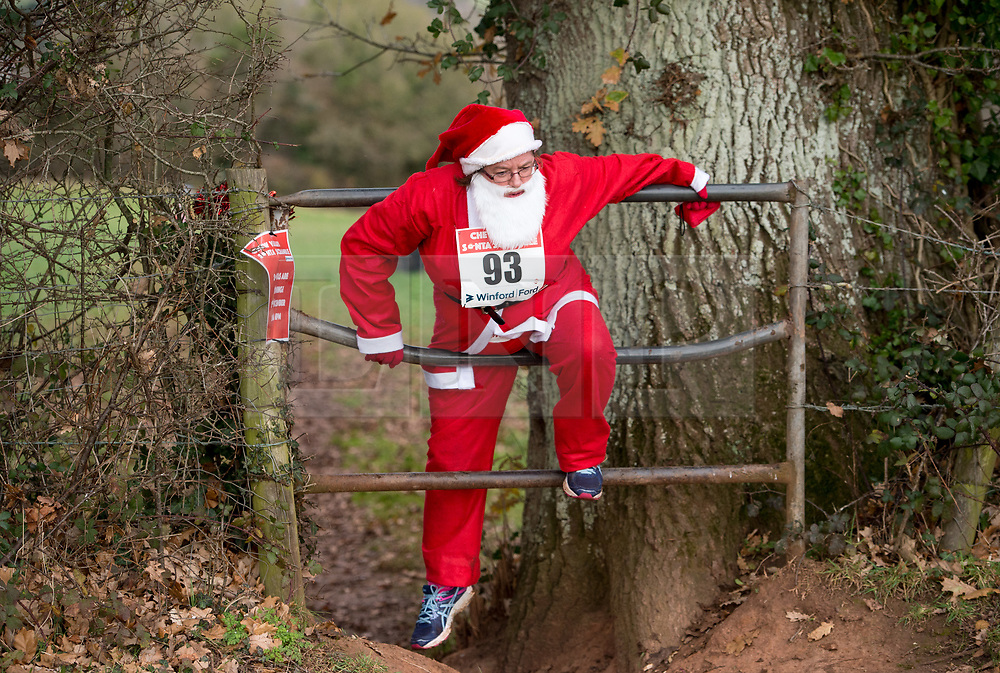