© Licensed to London News Pictures. 11/11/2013. London, UK. Members of the public pause for thought during the two minutes silence honouring war dead at the 'Silence in the Square' ceremony, held by the Royal British Legion, in Trafalgar Square, London, today (11/11/2013). The ceremony, culminating in a countrywide two minutes silence and the placing of poppies into the square's fountains, is held on the 11th hour of the 11th day to commemorate the signing of the armistice that ended the First World War. Photo credit: Matt Cetti-Roberts/LNP 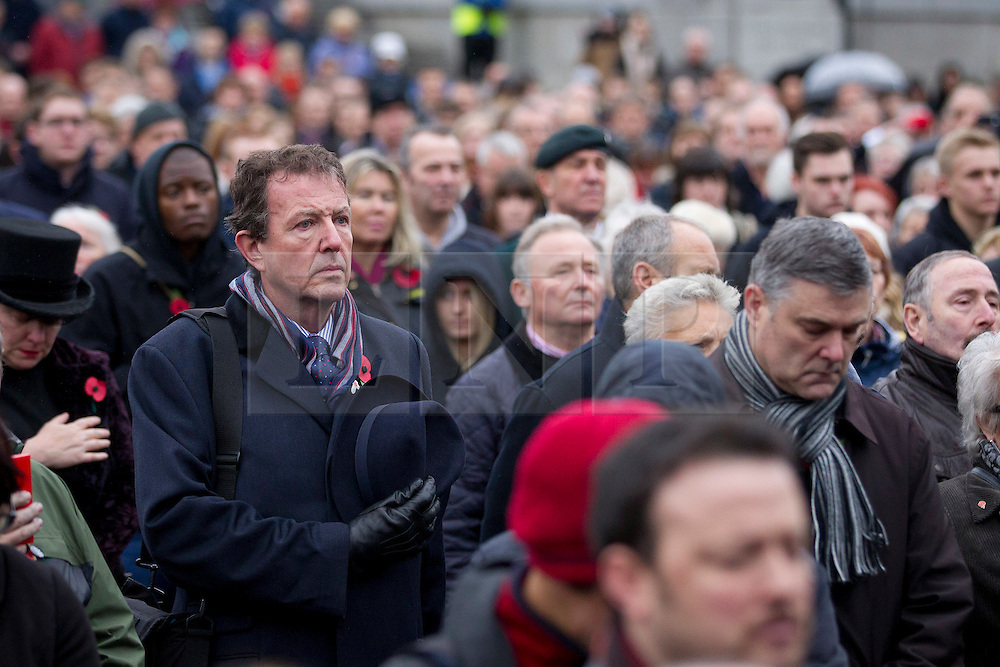