© Licensed to London News Pictures. 21/03/2013.Waste4fuel recycling centre fire continues to burn today (21.03.2013) after four days.. Firefighters are now in their 4th day of tackling a fire affecting a large amount of waste at a recycling plant off Sevenoaks Way in Orpington,South East London..Three fire engines and 14 firefighters are at the scene in Cornwall Drive, Orpington, trying to damp down the several thousand tonnes of waste that are still smouldering..Six fire engines with 35 firefighters and officers were called to the fire at 5.47am on Monday morning (March 18) from Eltham, Orpington, Sidcup, Bethnal Green, and Bromley fire stations..Photo credit : Grant Falvey/LNP 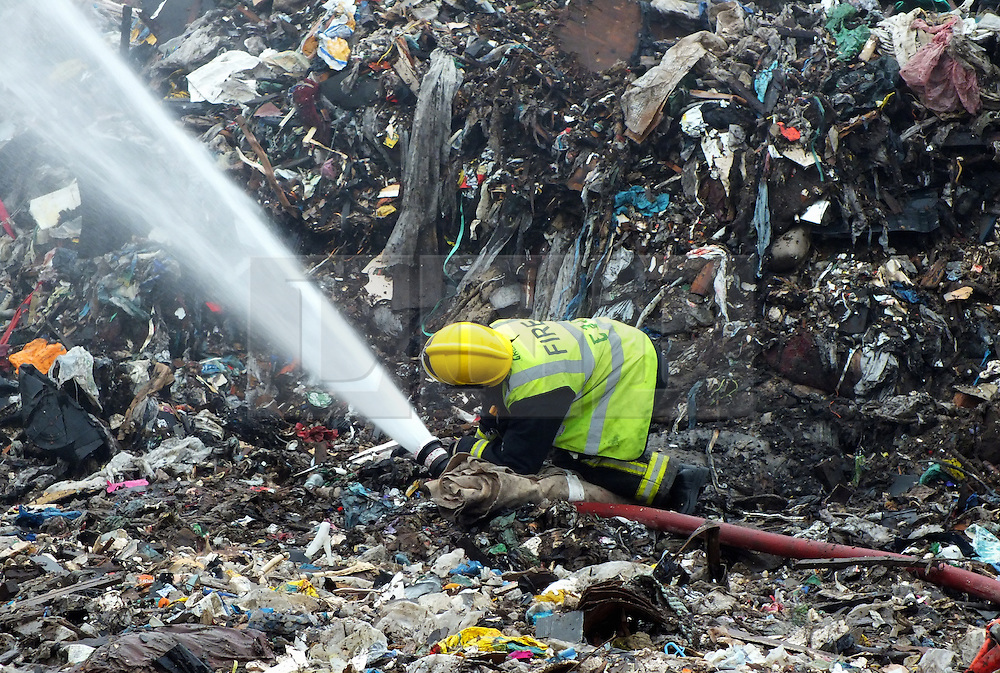