© Licensed to London News Pictures. 16/07/2019; Bristol, UK. Extinction Rebellion Summer Uprising 2019. Extinction Rebellion hold a march to Bristol City City Hall to the Youth XR gathering on College Green where Billy Bragg performed songs. Extinction Rebellion are holding a five-day 'occupation' of Bristol, by occupying Bristol Bridge in the city centre and traffic has to be diverted and carrying out other events. As part of a country-wide rebellion called Summer Uprising, followers will be holding protests in five cities across the UK including Bristol on the theme of water and rising sea levels, which is the group’s focus for the South West. The campaign wants the Government to change its recently-set target for zero carbon emissions from 2050 to 2025.
In Bristol Extinction Rebellion plan a week-long occupation of Bristol Bridge in the city centre from Monday and organisers anticipate more than 1,000 people will take part in the action. On Tuesday, they will occupy College Green in front of the city’s council house before protesting outside the Ministry of Defence in Stoke Gifford on Friday Photo credit: Simon Chapman/LNP. 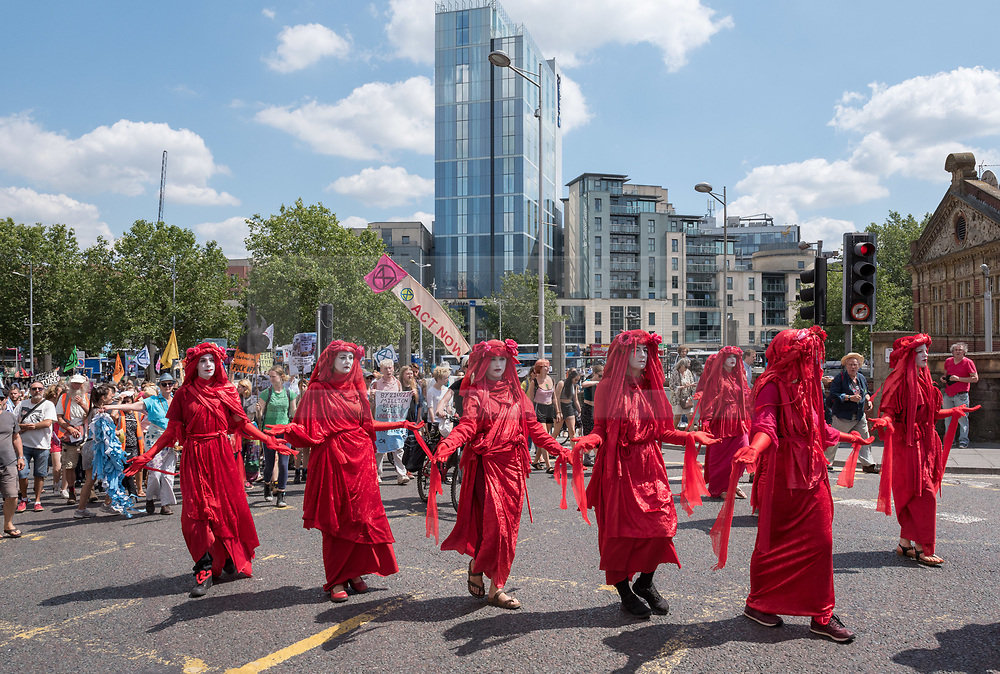