© Licensed to London News Pictures. 05/01/2019. Farnham, UK. A police forensics officer emerges from a rubbish bin cupboard next to a property in Farnham, Surrey after a couple were arrested in connection with the murder of a man on a train yesterday. A murder investigation has been launched after the man was attacked while on board the 12. 58pm train service travelling between Guildford and London Waterloo. A man and a woman have been detained by police in Farnham in connection with the murder. Photo credit: Peter Macdiarmid/LNP 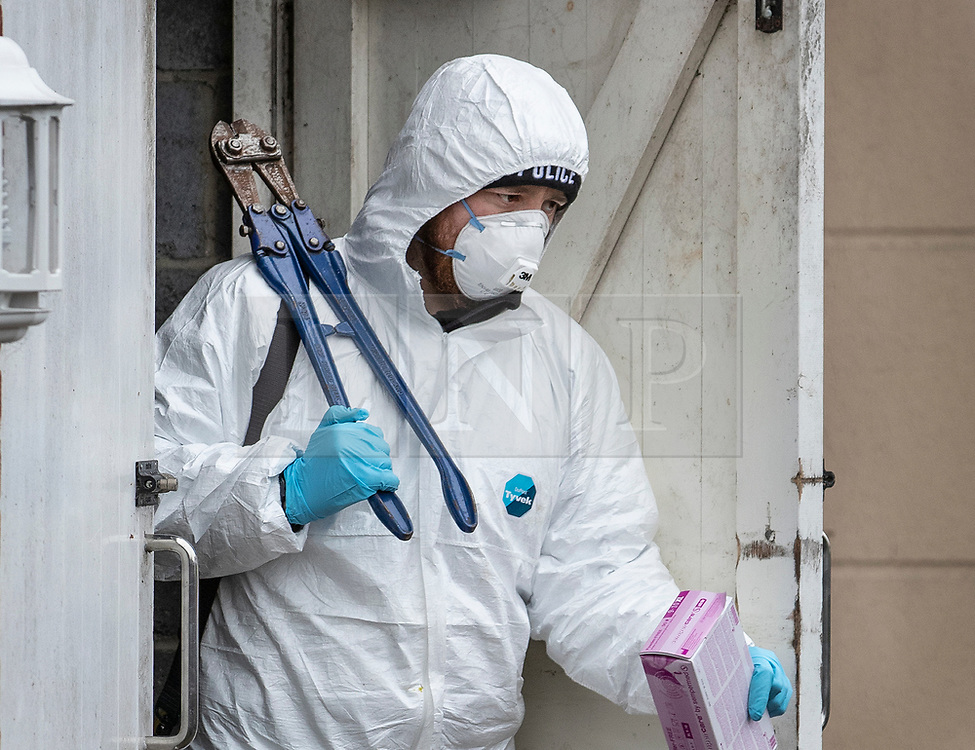