20/10/2016. Bashiqa, Iraq. Peshmerga fighters sit on an armoured Humvee mounting a MILAN anti-tank guided weapon system as they advance toward ISIS positions during an offensive to retake the Islamic State held town of Bashiqa, Iraq, today (20/10/2016). 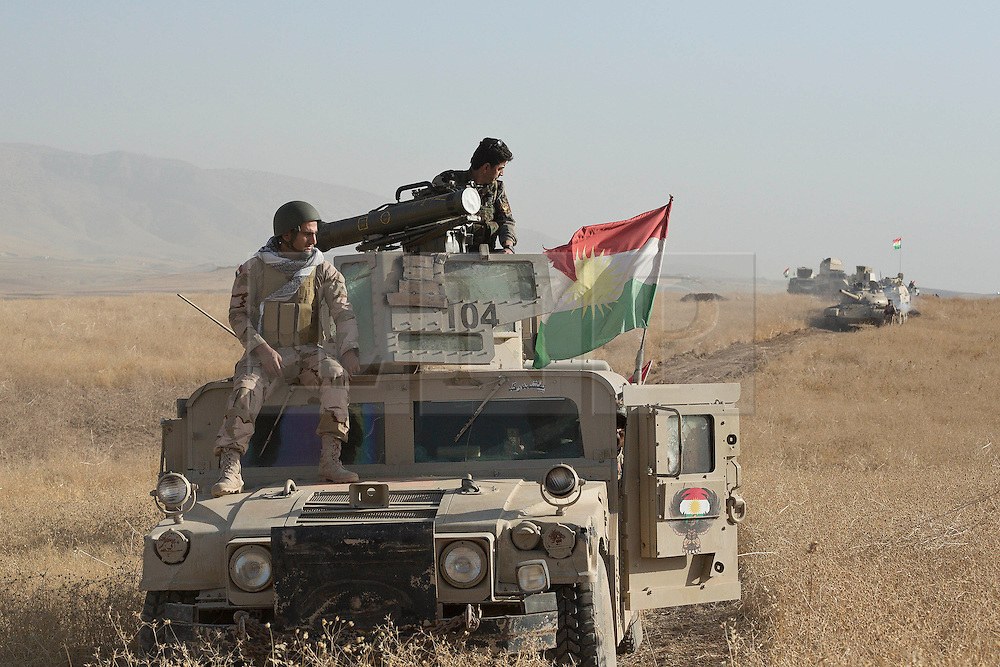