Licensed to London News Pictures. 02/11/2016. Qayyarah, Iraq. Smoke from burning oil wells, set alight by retreating Islamic State militants, clogs the sky over the Qayyarah Cemetery, in the Iraqi town of the same name. Both Shia and Sunni graves within the cemetery were smashed during the town's two year occupation by ISIS extremists who believe that graves should be flat to the earth with no headstone. 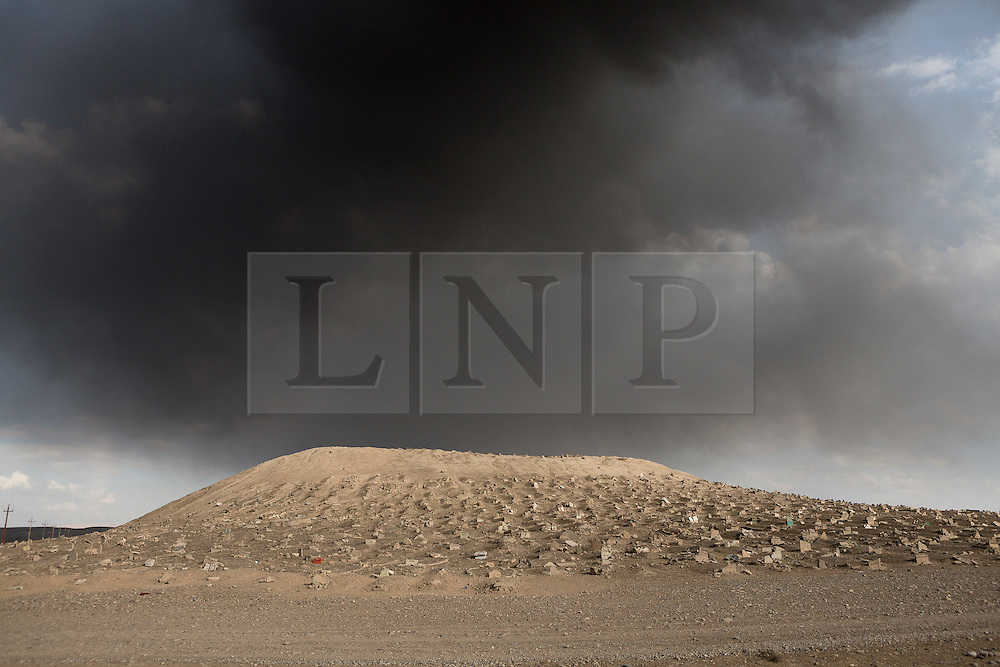