Licensed to London News Pictures. 13/02/2017. Mosul, Iraq. A young boy fastens the shoes of his father, whom is too overweight to put do it himself, after his arrest by Iraqi National Security Service officers for questioning about the location of another of his sons that may still be fighting with ISIS. 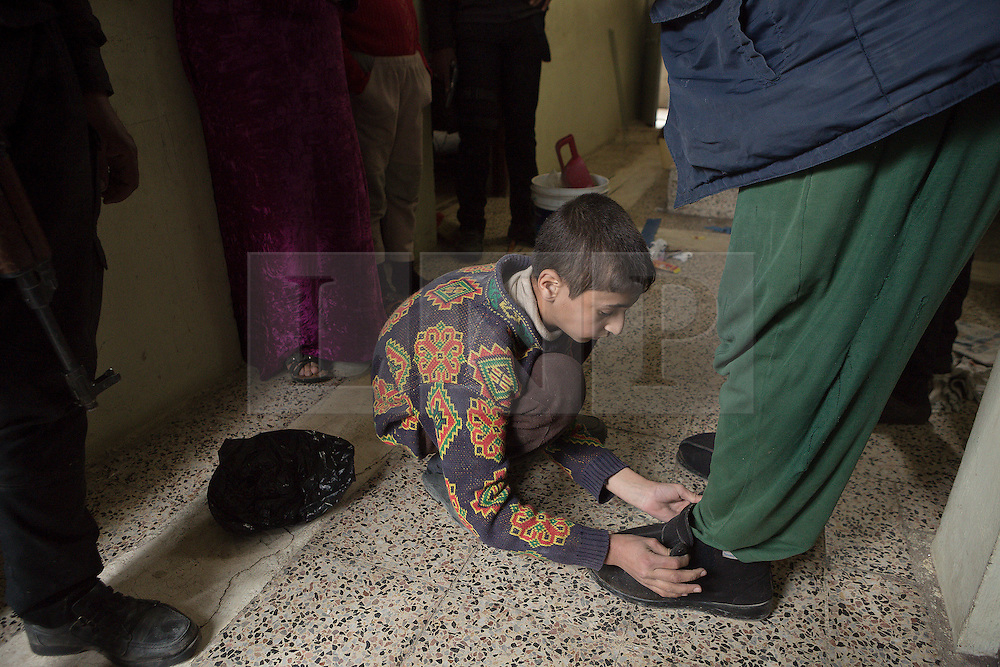