© Licensed to London News Pictures. 04/05/2012. LONDON, UK. A member of the public uses his phone to take a picture of HMS Ocean, the Royal Navy's helicopter carrier, after she made her way up the Thames to moor in Greenwich, London, today (04/05/12). HMS Ocean has been deployed as part of an exercise involving the RAF, British Army and Royal Navy taking place across London as part of security preparations for the 2012 London Olympic Games. Photo credit: Matt Cetti-Roberts/LNP 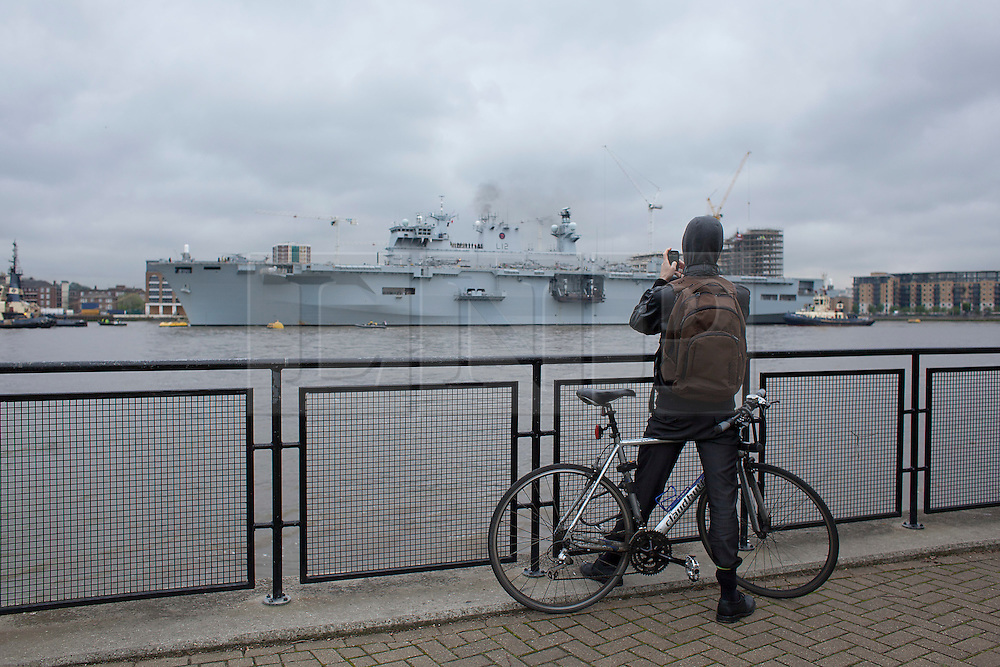