© Licensed to London News Pictures. 30/01/2016. London, UK. Protesters from Lambeth Housing Activists are joined by housing groups, trades unions and supporters to stage a protest and march against the Housing Bill starting at the Imperial War Museum and ending outside Downing Street. Demonstrators claim that The Housing Bill marks the end of social housing and council housing and that private renters and travellers will have reduced housing rights and that developers will have to build ‘starter homes’ for sale instead of ‘affordable’ homes for rent. Photo credit : Vickie Flores/LNP 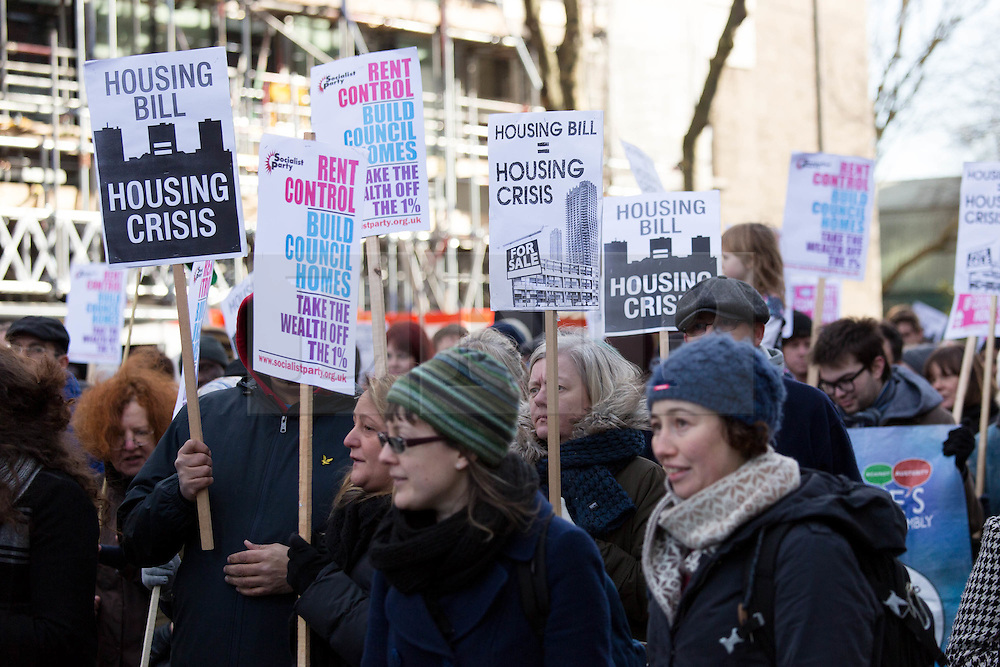