Thousands of people watch as colliery bands and banners march through the city of Durham during the Miners Gala. 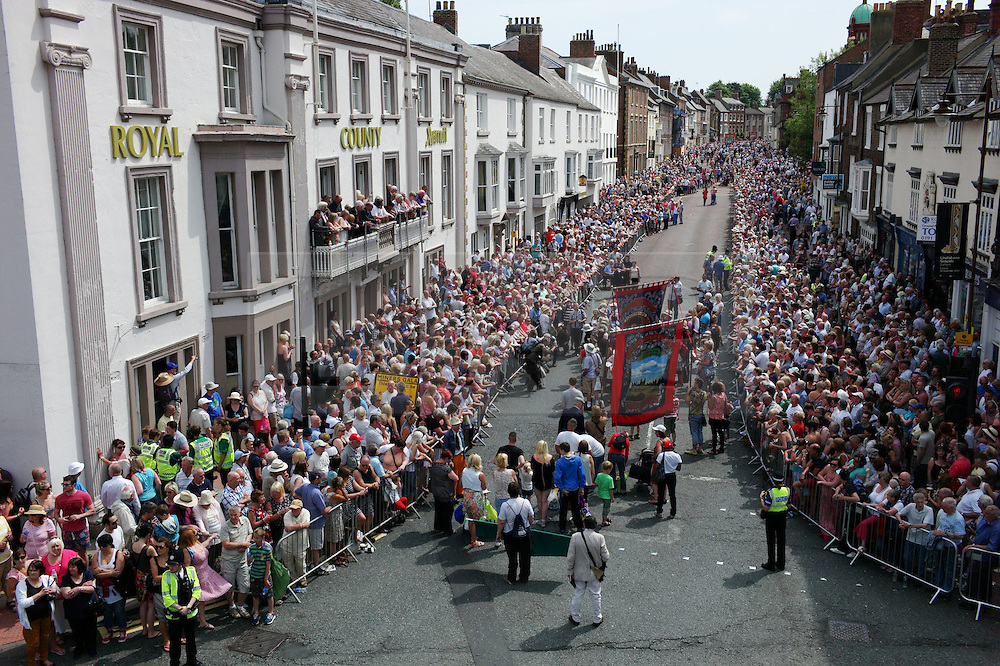