© Licensed to London News Pictures. 14/03/2017. York UK. 92 year old Ken Smith who placed the Normandy Veterans branch standard in it's final resting place at York Minster this morning. The last four members of the York branch of the Normandy Veterans Association have attended a service today at York minster as part of a special memorial to lay-up their standard in it's final resting place in the minster & to all who served in the Normandy campaign in 1944. The standard has been placed in it's case in the North Transept of the minster by Kenneth Smith who was part of the Duke of Cornwall's Light Infantry and landed in Normandy on D-Day June 1944 aged just 19 years old. Mr Smith was joined by the remaining three members of the York branch - Ken Cooke, 91, Albert Barritt, 91 and George Meredith, 92 - and their families for the service. All four veterans were awarded the Legion d'Honneur, France's highest military honour, in May 2016. Photo credit: Andrew McCaren/LNP 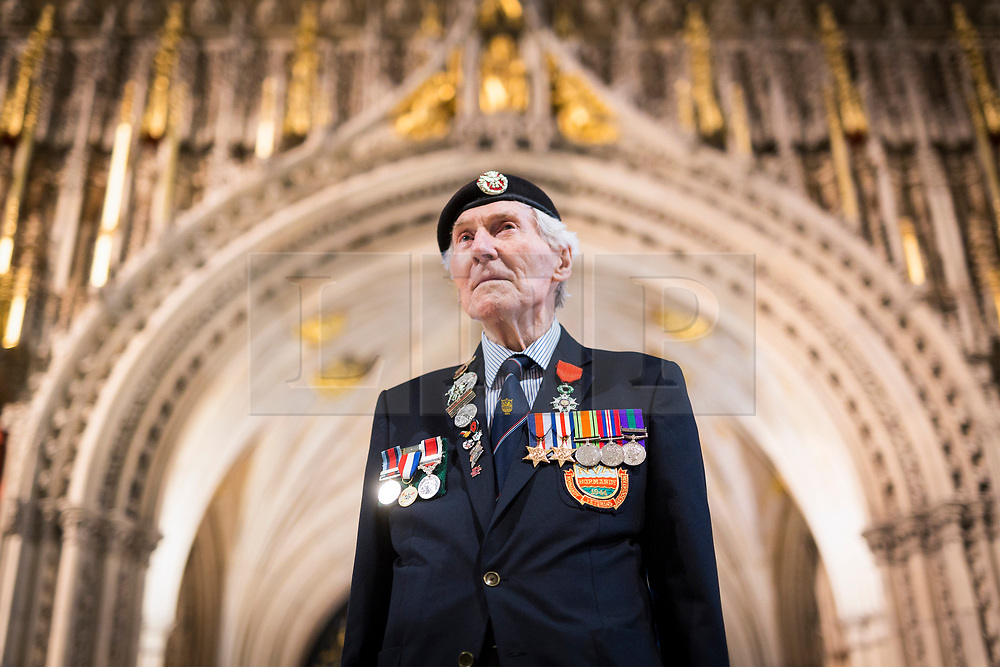