© Licensed to London News Pictures . London , UK . SIDDHARTHA DHAR (C holding a camera) at the burning of an American flag at a Muslims Against Crusades demonstration outside the American Embassy in Grosvenor Square in London , on the tenth anniversary of the 9/11 attacks on September 11, 2011. Dhar , also known as Abu Rumaysah , is to appear in a Channel 4 documentary , The Jihadis Next Door , this evening (19th January 2016) . It is believed Dhar in one of five executioners to have featured in a recent ISIS video , recorded in Syria . Photo credit : Joel Goodman/LNP 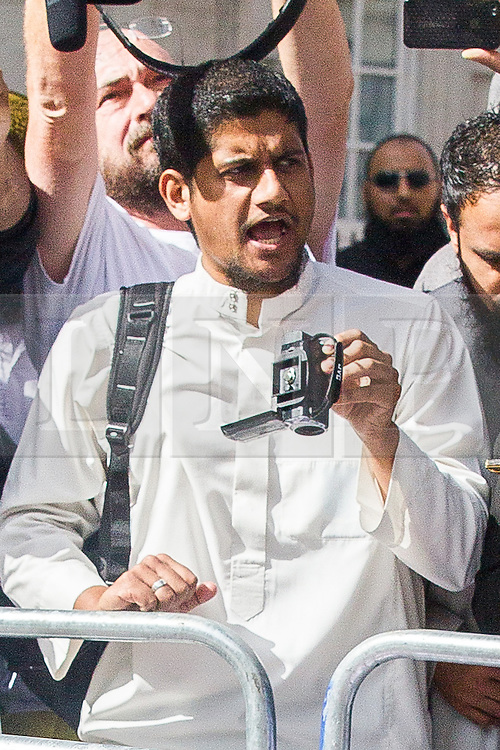