© Licensed to London News Pictures. 28/04/2013. London, UK. Coach Rob Paternostro of The Leicester Riders celebrates with one of players as his team beats the Newcastle Eagles in the playoff final of the British Basketball League 2013 - the Newcastle Eagles are defending their title having won it in 2012. The British Basketball League (BBL), is the premier men's professional basketball league in the United Kingdom. The BBL runs two knockout competitions alongside the league Championship; the BBL Cup and the BBL Trophy, as well as the post-season Play-offs. Photo credit : Richard Isaac/LNP 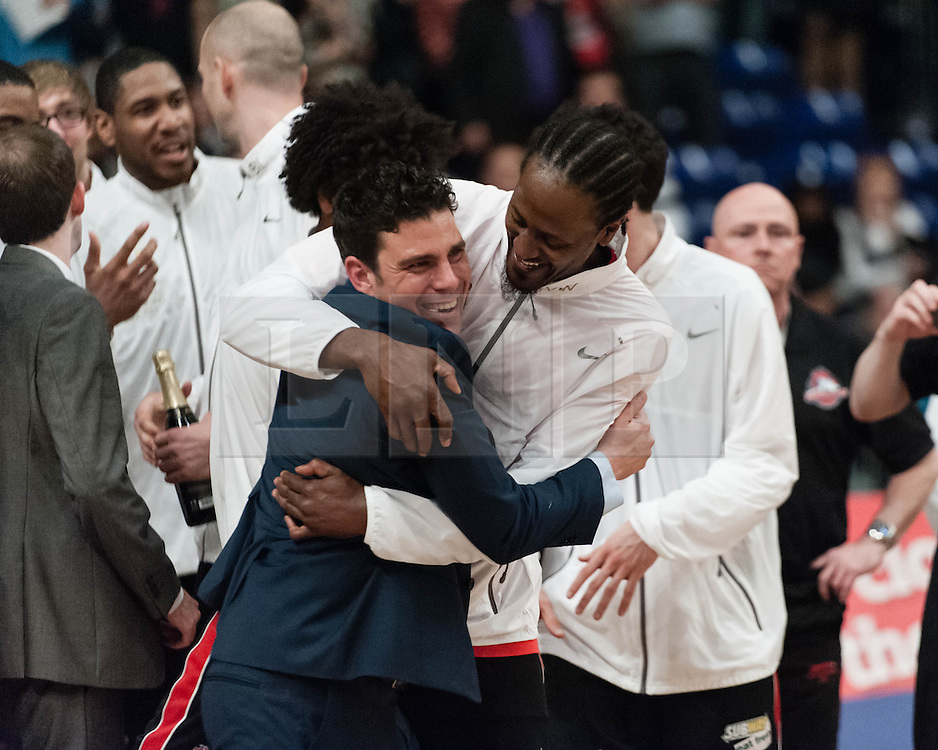