© London News Pictures. 14_02_2011. The RAF is to cut back on a quarter of its trainee pilots as a result of defence cuts. File Picture: Students fly the Hawk which first entered service with the RAF in 1976, both as an advanced flying-training aircraft and a weapons-training aircraft. The Hawk T1 version is currently used at RAF Valley for fast-jet pilot advanced flying training. In its weapons and tactical training role the Hawk is used to teach air combat, air-to-air firing, air-to-ground firing and low-flying techniques and operational procedures. Picture credit should read Andrew Chittock/LNP 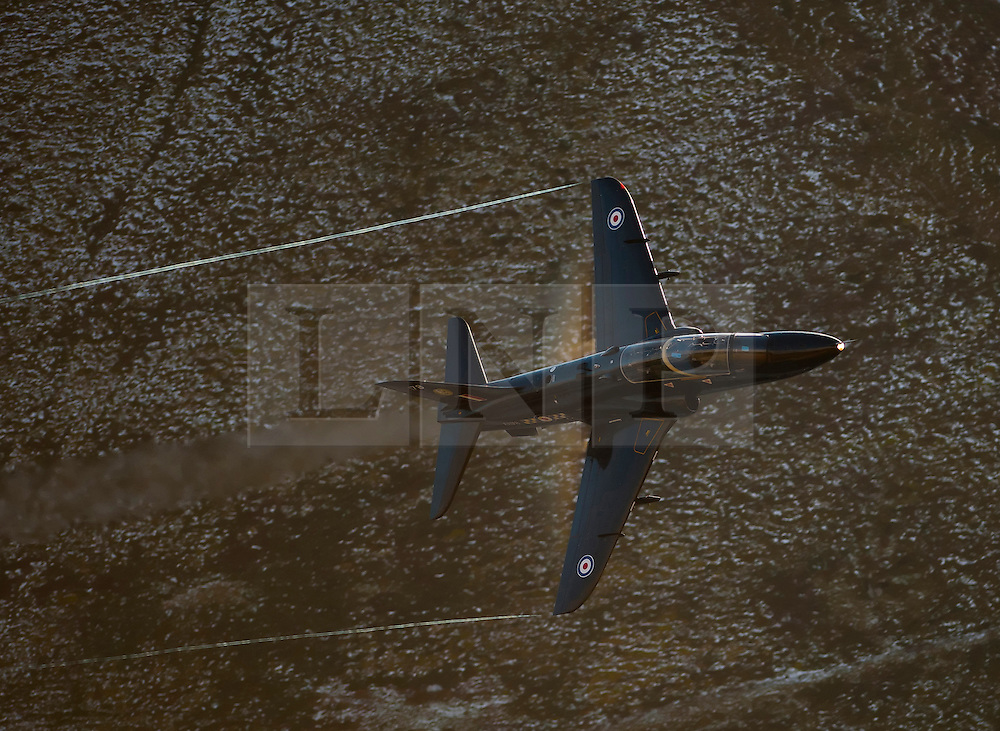