© licensed to London News Pictures. London, UK 13/08/2013. A worker taking pictures of a three and a half storey building called Homeshell which has been erected in the Courtyard in front of Burlington House in central London as part of the Royal Academy’s current exhibition Richard Rogers RA: Inside Out. The Homeshell is a low-cost house that uses the pioneering technology with a flexible, quick and highly energy efficient building system which can be adapted to suit particularly highly urban or small sites. Photo credit: Tolga Akmen/LNP 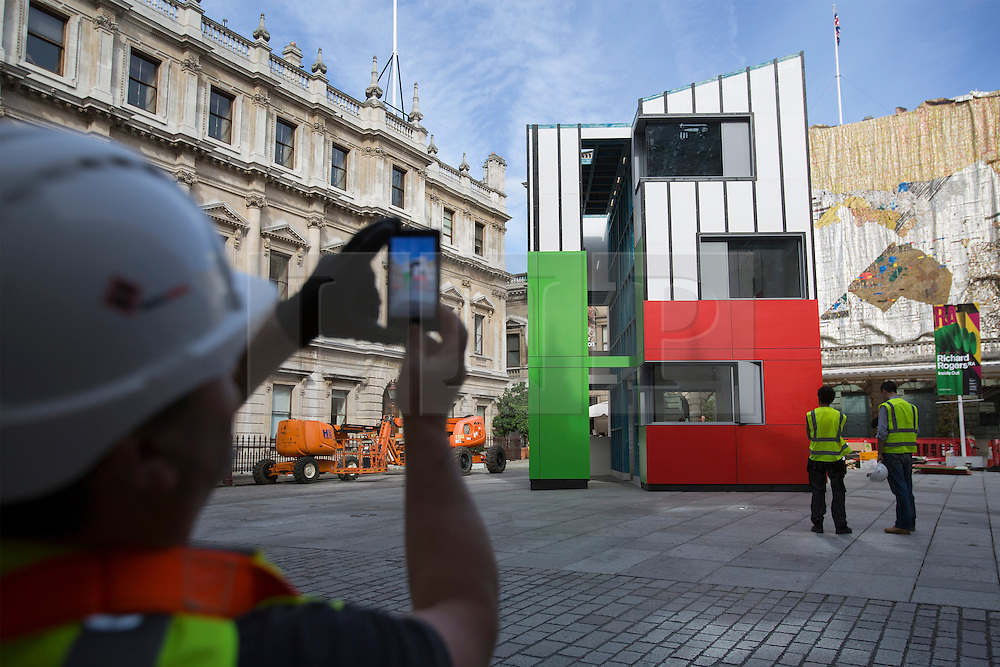