26/03/2014. A member of the Royal Military Police (RMP) puts out some of the weapons used by the military Close Protection teams. The display was part of an effort by the British Army to put on show it's new specialist, combat and command skills formation today. This new part of the Army will be made up of 36000 Regular and Reserve soldiers, which is a third of the army as a whole and supports the logistics of operations both in the UK and abroad. The command will officially launch on the 1 Apr 14. Alison Baskerville/LNP 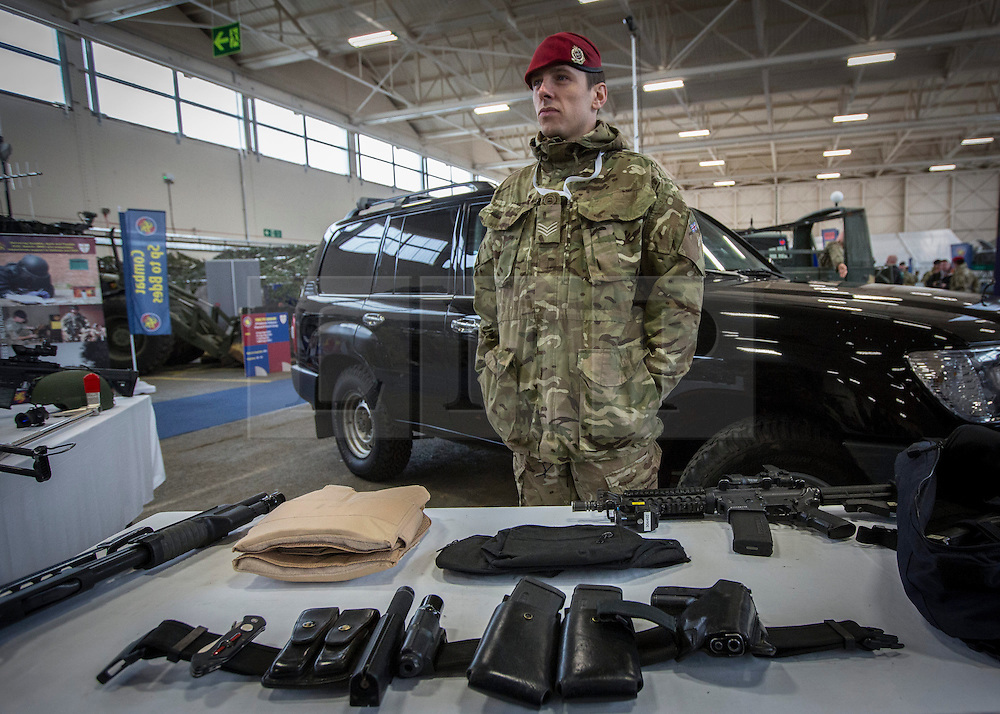