© Licensed to London News Pictures. 24 Ipoh, Malaysia. Donation slips hang on the doorway as devotees pray at the Tow Boo Keong Temple in Ipoh, Malaysia during the first day of the Nine Emperor Gods Festival, Wednesday, Sept. 24, 2014. The festival is a nine-day Taoist celebration to mark the birth of the Nine Emperor Gods from the first day to the ninth day of the ninth moon in Chinese Lunar Calender. The origin of the Nine Emperor Gods (stars of the Northern constellation) can be traced back to the Taoist worship of the Northern constellation during Qin and Han Dynasty and absorb this practice of worshipping the stars and began to deitify them as Gods. During the festival devotees are to remain celibate, female devotees who are menstruating are advised to keep away from praying to the Nine Emperor Gods and vegetarian diet is strictly observed during the entire nine days. Photo credit : Sang Tan/LNP 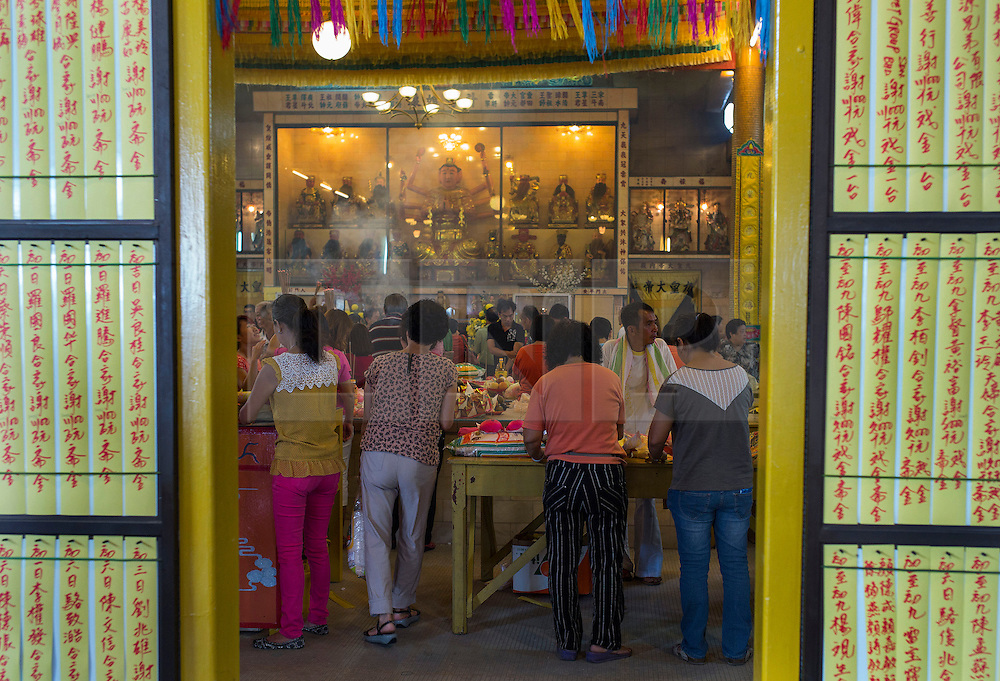