© Licensed to London News Pictures . Wythenshawe , Manchester , UK . FILE PICTURE DATED 23/03/2015 of WAYNE PHILIPPS ( 40 , from Wythenshawe ) with friends at Wythenshawe Precinct . Phillips , who is currently (20th November 2015) working as a self-employed DPD delivery driver , became famous after pranking TV adverts and performing gags and stunts on YouTube and Vine , including a spoof of the Money Supermarket advert which he acted out in high heels and short shorts , near to his home , at Wythenshawe Precinct , in South Manchester and which went viral . Photo credit : Joel Goodman/LNP 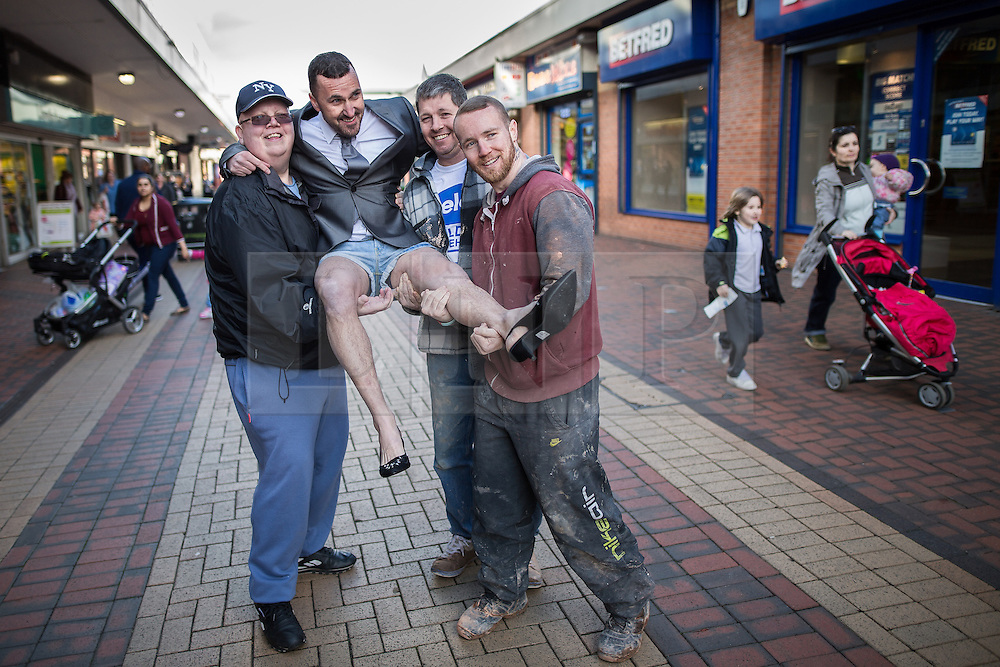