© Licensed to London News Pictures . 12/07/2013 . Manchester , UK . Card and flowers from a neighbour . Flowers and tributes at the scene on 5 Beard Road , Gorton , Manchester , for Jordan Begley , who died on Wednesday evening (10th July 2013) after a taser was used on him by police . Police reported the incident , which has been referred to the IPCC , occurred at 20:15 after they responded to a disturbance involving a man with a knife . Photo credit : Joel Goodman/LNP 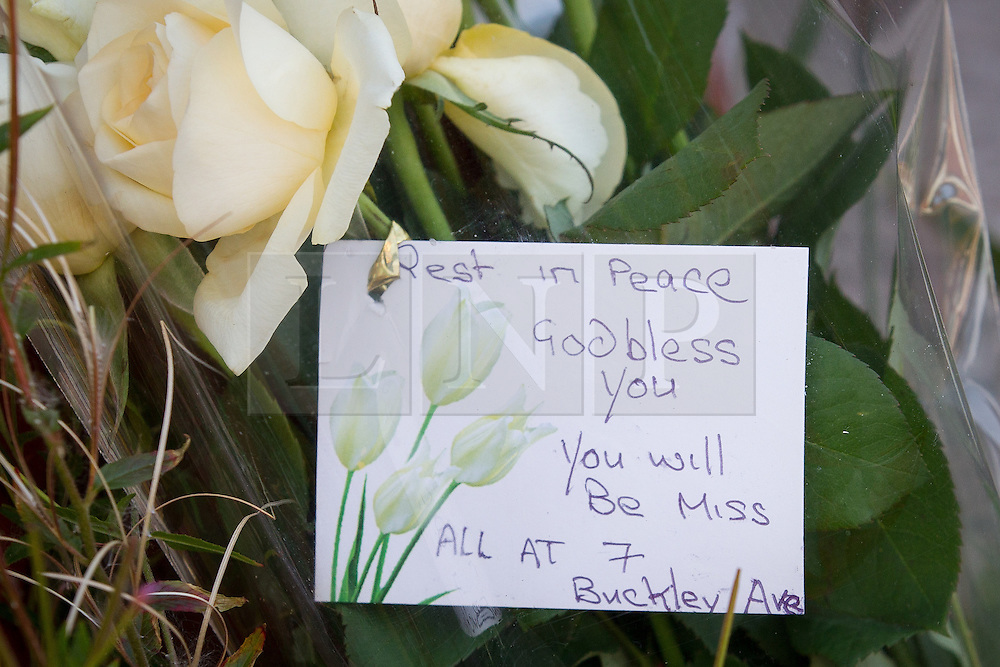