© Licensed to London News Pictures. 24/09/2018. Brooke UK. Flowers left at the scene in the village of Brooke this morning where the body of a woman was found yesterday 23/09/2018. A man in his 80's has been arrested on suspicion of murder, officers were called to the property in Churchill Place, Brooke at around 10:30am to reports a woman had been stabbed, they discovered the body of a woman who was pronounced dead at the scene. Photo credit: Andrew McCaren/LNP 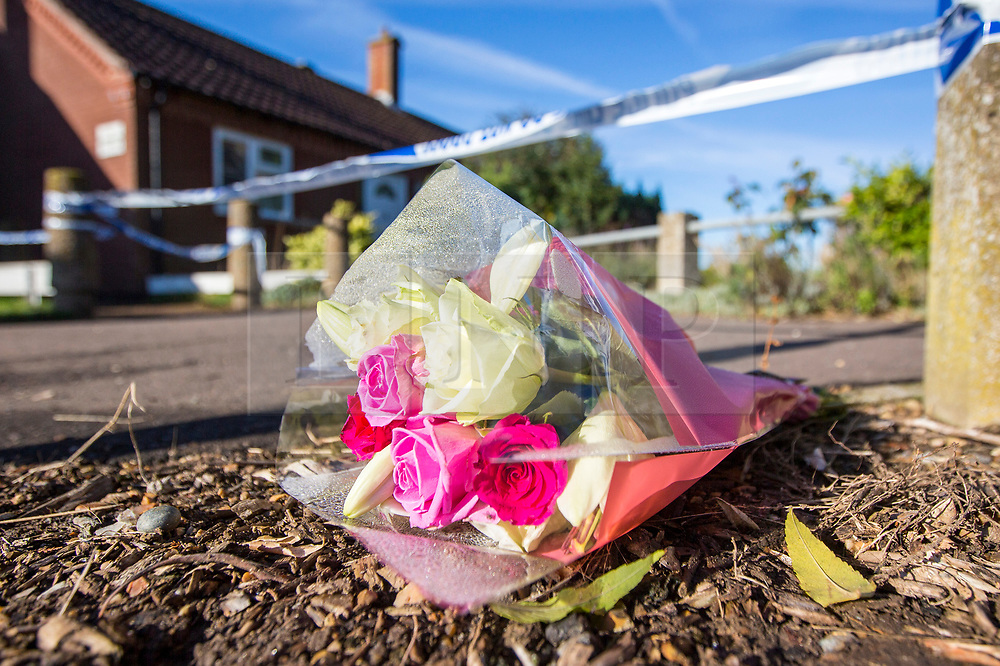