© Licensed to London News Pictures. 24/01/2018. York UK. Verger Jessica Cook lights one of the 600 candle's being lit in the form of the Star of David in York Minster tonight in memory of more than 6 million Jews murdered by the Nazis in World War Two. The cathedral’s commemoration is one of a series of events taking place across the City of York during Holocaust Memorial Week. The theme for this year’s commemoration is The Power of Words. Photo credit: Andrew McCaren/LNP 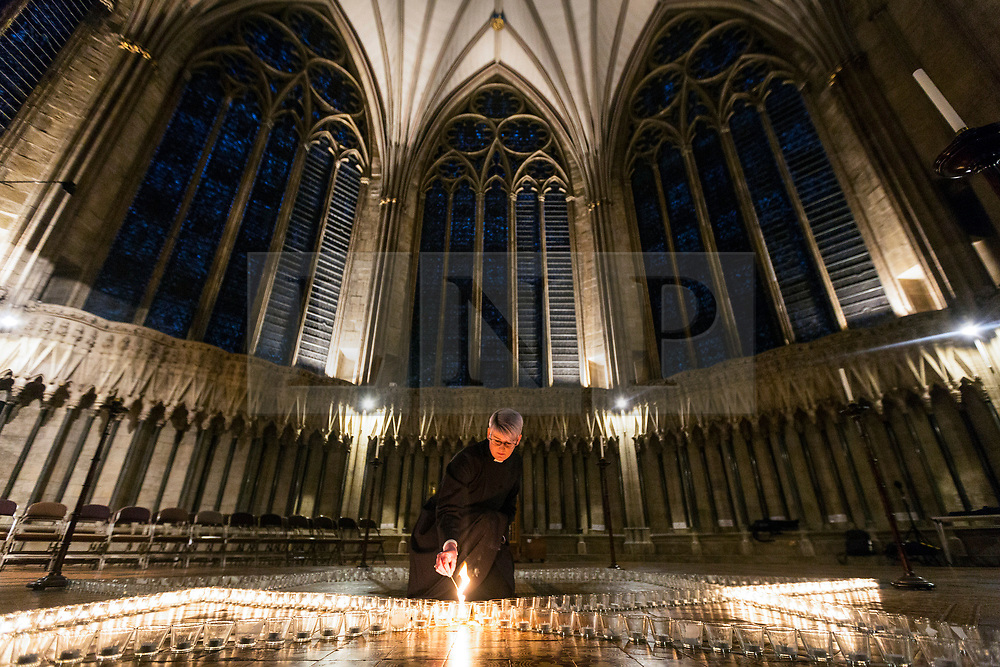