© Licensed to London News Pictures. 03/11/2017; Bristol, UK. *NOTE: school children visible in the picture.* Campaigners from the group Countering Colston hold signs outside Bristol Cathedral during the commemoration service of Colston Girls School. The name of Edward Colston is a controversial issue in Bristol. Colston is associated with the slave trade but he also gave away a lot of his wealth to the city and the money helped found various organisations and several schools bear the name Colston. One of Bristol's main music venues, the Colston Hall, will change its name following a refurbishment. Colston Girls School have decided not to change the name of the school but have removed all references to Colston from the commemoration service. Picture credit : Simon Chapman/LNP 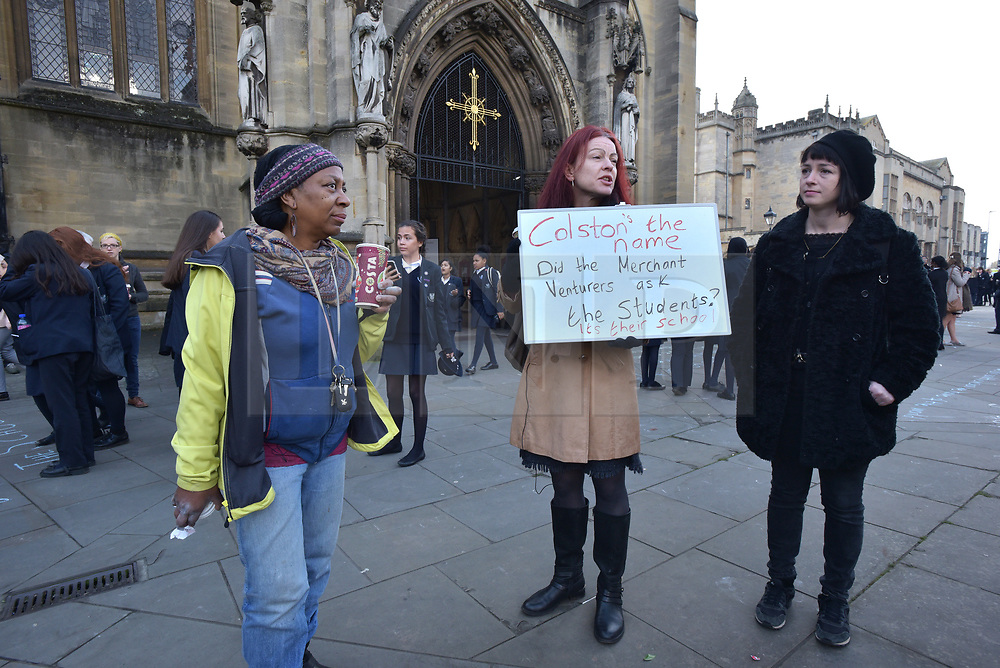