NOTE TO EDITORS - THIS IMAGE MATCHES WITH HISTORIC IMAGE no 011a RELEASED IN THIS POLL TAX FEATURE © Licensed to London News Pictures. 25/03/2020. London, UK. Modern day locations of 1990 poll tax riot. Image matches with 'a mounted police officer jumps his horse over a barricade on Upper St Martin's Lane'. The protest on the last day of March in 1990 started peacefully when thousands gathered in a south London park to demonstrate against Margaret Thatcher's Government's introduction of the Community Charge - commonly known as the poll tax. Marchers walked to Whitehall and Trafalgar Square where violence broke out with the trouble spreading up through Charring Cross Road and on to the West End. Police estimated that 200,000 people had joined the protest and 339 were arrested. The hated tax was eventually replaced by the Council Tax under John Major's government in 1992. Photo credit: Peter Macdiarmid/LNP 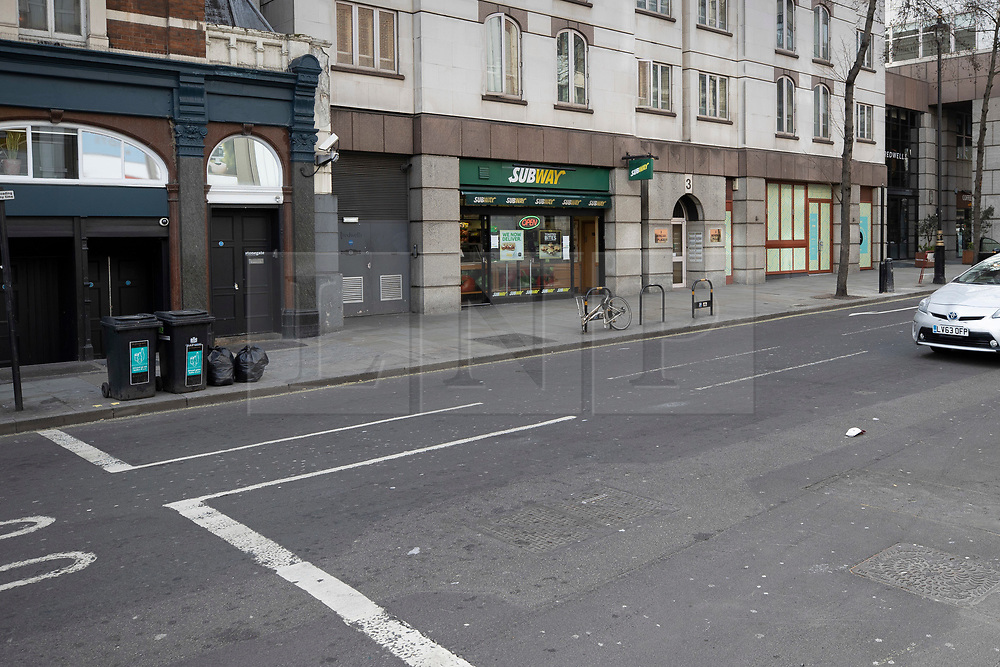