© Licensed to London News Pictures. 14/06/2019. London, UK. Survivors, family and friends of the victims wear symbolic green scarf take part in a silent procession marching from St Helen’s Church to Grenfell Tower to commemorate the second anniversary of the Grenfell Tower fire. On 14 June 2017, just before 1:00 am a fire broke out in the kitchen of the fourth floor flat at the 24-storey residential tower block in North Kensington, West London, which took the lives of 72 people. More than 70 others were injured and 223 people escaped. Photo credit: Dinendra Haria/LNP 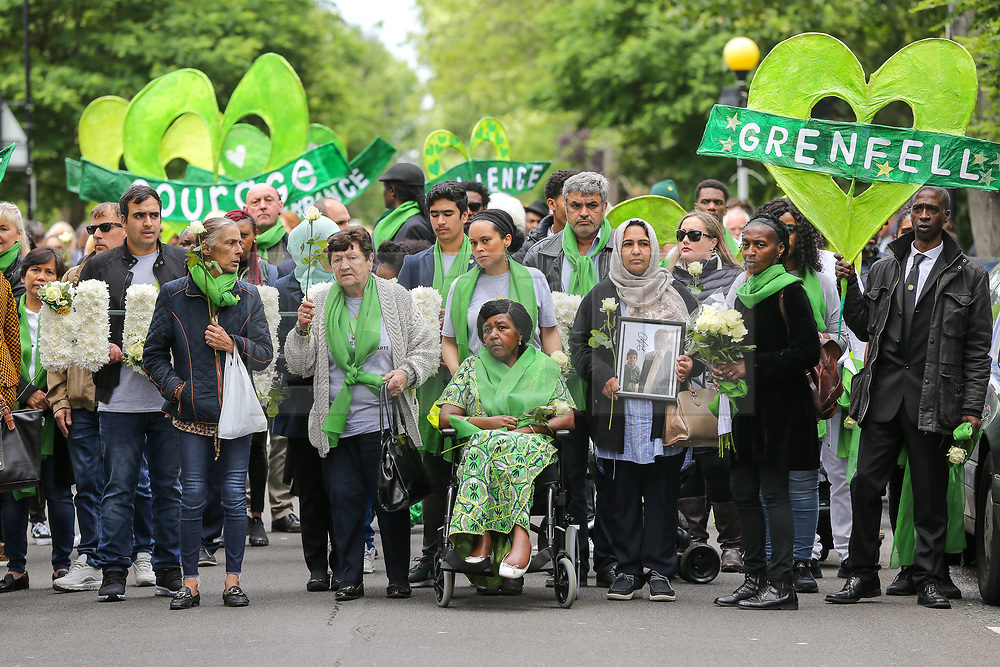