© licensed to London News Pictures. London, UK 15/06/2012. The Chinese ship Huan Tian saling to St Katharine's Docks after a short trip to London Bridge today. The ship had arrived four days late for the Diamond Jubilee celebrations it was set to take part in. The historic junk vessel, which was transported on a special carrier from Hong Kong, had been held up by traffic at the Suez Canal causing it to be delayed. The Huan Tian is now expected to remain for the Olympic Games, before being sailed back to Hong Kong. Photo credit: Tolga Akmen/LNP 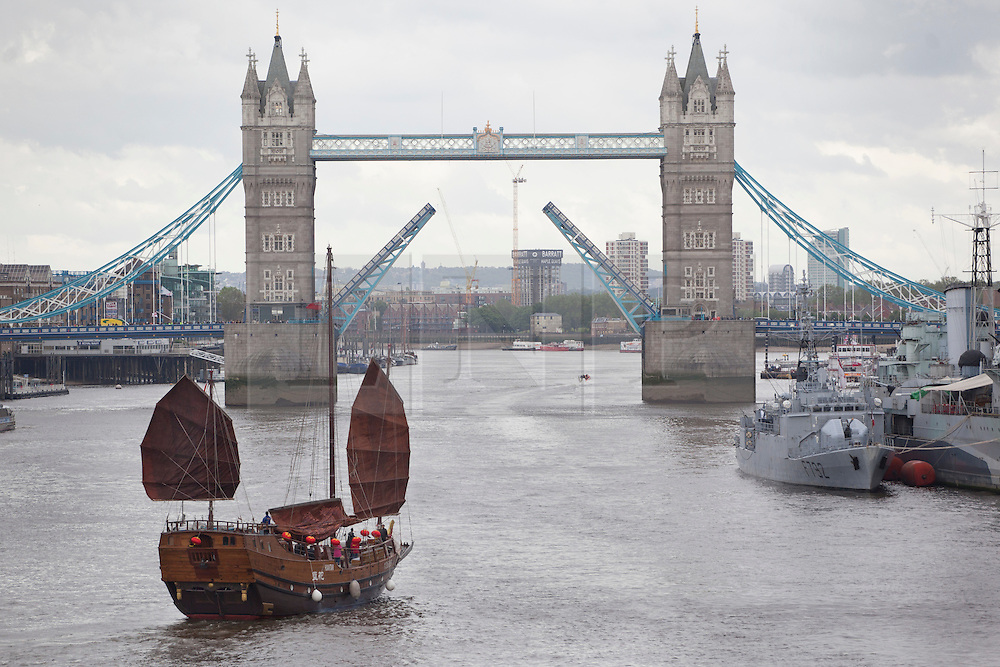