© Licensed to London News Pictures. 26/02/2020. Bristol, UK. University Strike across the UK; JO GRADY General Secretary of University and College (UCU) Union at the rally and march by members of UCU at the University of Bristol. Strikers gather outside the university's Victoria Rooms to march down Bristol's Park Street past the university's Wills Memorial tower. There are two disputes involving UCU members in higher education in the UK. One is about changes to the Universities Superannuation Scheme (USS) and the other is about pay and working conditions including equality, casualisation and workloads. UCU members in 52 institutions in the UK have voted to take strike action and action short of a strike (ASOS) about USS. Members in 70 institutions have voted to take strike action and action short of strike about pay and working conditions. In total, 74 institutions are affected. The strike is taking place over four weeks till March with strike days increasing every week. Union members will also begin ‘action short of a strike’ which involves things like working strictly to contract, not covering for absent colleagues and refusing to reschedule lectures lost to strike action. Photo credit: Simon Chapman/LNP. 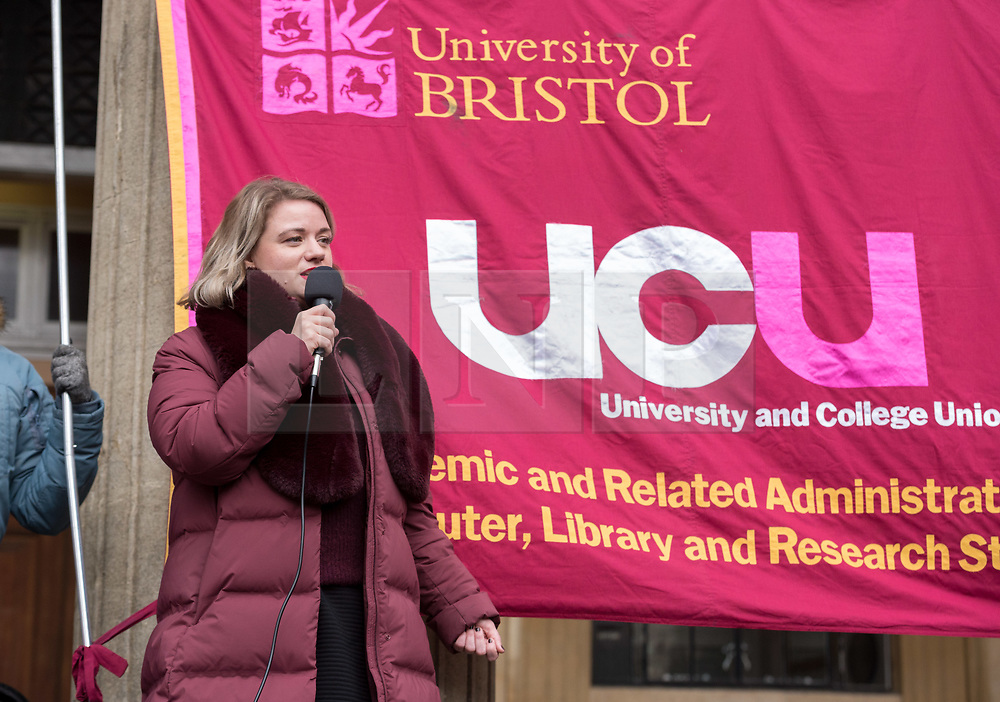