The Beatles show "Let It Be"

IMAGE EMBARGOED UNTIL FRIDAY, 17 MAY 2013, 9am BST. © Licensed to London News Pictures. 16/05/2013. London, England. The cast of the Beatles show LET IT BE staged a recreation of the famous 'bed-in' scene (originally with John Lennon and Yoko Ono) in full "Sgt Pepper" costumes in a room at the Savoy Hotel to coincide with the announcement of the extension of the run at the Savoy Theatre to 18 January 2014. L-R: Reuven Gershon as John Lennon, Luke Roberts as Ringo Starr, Emanuele Angeletti as Paul McCartney and Stephen Hill as George Harrison. Photo credit: Bettina Strenske/LNP 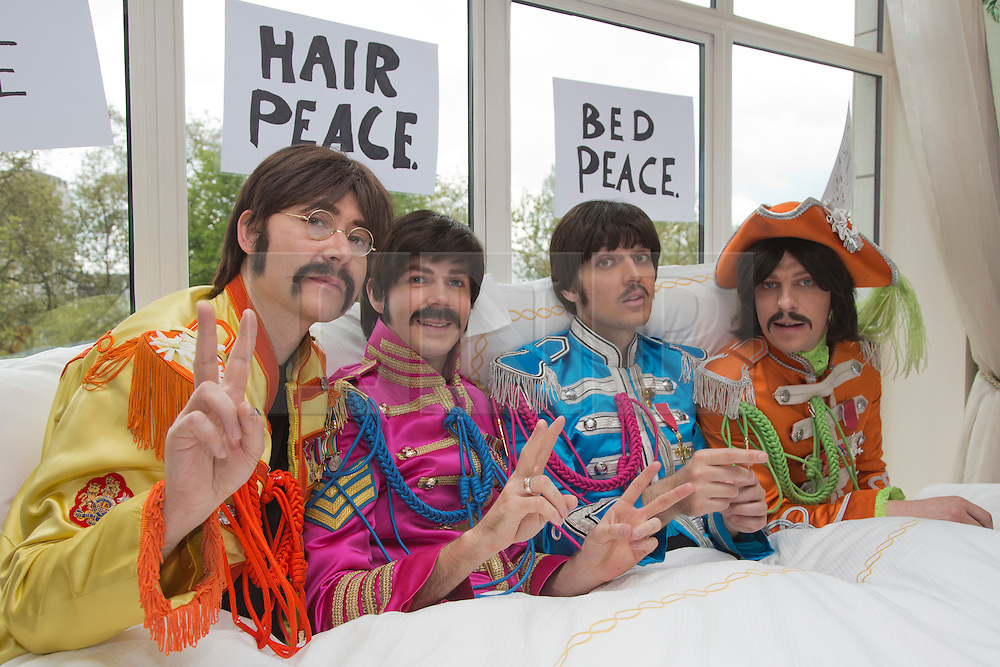