© Licensed to London News Pictures. 25/06/2014. Khanaqin, Iraq. 37 year old Salh Madi (2L) is pictured with his family, Malak (3), Aya (5), his wife Rafida Ha'di (23) and their one year old son Bilal, all Iraqi refugees from the front line town of Jalawla, at the Bahari Taza refugee camp in Iraq. Salh and Rafida escaped the town with their Tukman family after fighting commenced between ISIS and Kurdish Peshmerga forces. Located on the outskirts of Khanaqin, a town just 20 minutes from the front-line of the battle with ISIS insurgents, the Bahari Taza refugee camp, and its satellite camps, now house around 600 families from southern Iraq. Built by the local village leader to meet the influx of refugees from nearby Jalawla and Saidia, where intense fighting is still taking place. Turkman, Arab and Kurd, both Sunni and Shia, all live together in tents, barns and unfinished buildings waiting for the conflict to end. Photo credit: Matt Cetti-Roberts/LNP 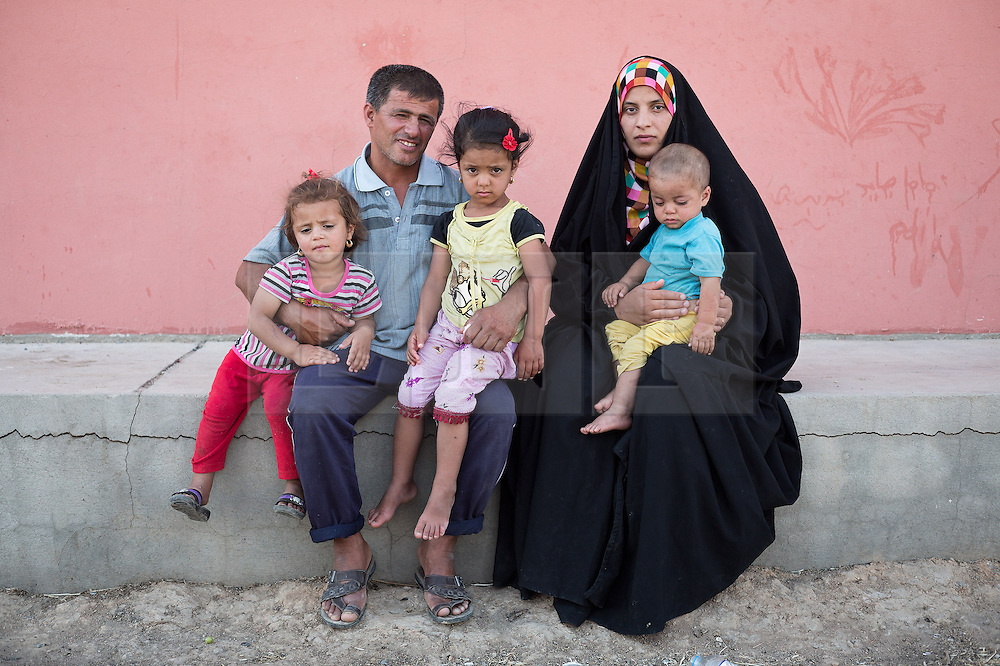