© Licensed to London News Pictures. 15/07/2014. Gaza. As the conflict entered it's eighth day news of a potential ceasefire reaches Gazan families who have been living in a UN school for the past 5 days. The Al Fakoura school on the outskirts of the Bet Lahia district of Gaza has been home to over 600 families during the current Isreal/Gaza conflict known as Operation Protective Edge. 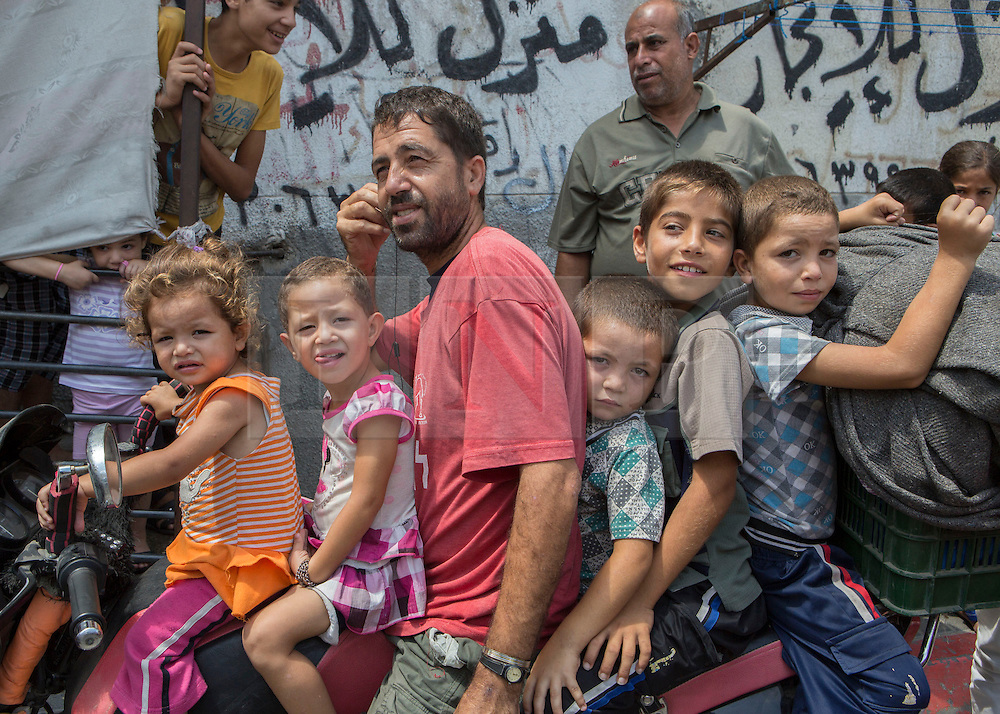