Licensed to London News Pictures. 10/11/2016. Mosul, Iraq. An Iraqi SWAT Police officer aims his PKM machine gun towards Islamic State held Mosul, some 700 metres away, from a position in the cities Gogjali District. 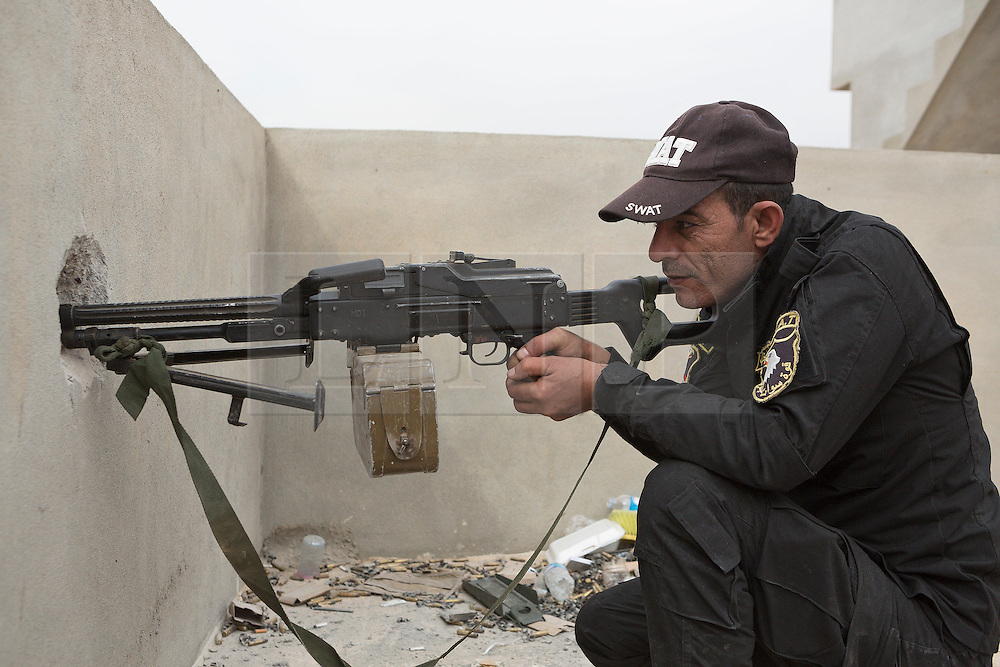