National campaign against fees and cuts by students.....

© under license to London News Pictures. 26/11/2010 Spirit of the revolution. Photography student Patrick O'brien photographed the student protests in Whitehall, London, on Wednesday 24 Nov 2010. Unlike most students Patrick doesn't rely on digital cameras or even an iPhone. He managed to capture the spirit of the protests, using one of his collection of over 60 old film cameras. Once developed, his grainy images conjure up memories of many of the protest pictures of the 60's and 70's. ..Patrick, aged 21, used his trusty Leica M5 from 1972 with a 50mm lens with only 3 rolls of rollei retro 400s film. Once he captured the action, he then rushed home and developed the films in his bedroom , where he has a darkroom. Once the negatives were dry he scanned them digitally and published them on his website and used them in his studies...Patrick says "My experience of the protest was a good one but at times there was a very tense atmosphere. I was always on my guard because of flying projectiles and constant crowd surges. Although I was aware of this it didn't stop me from taking my pictures. The pictures of Josef Koudelka in 1968 really influence my work. I really hope my pictures tell a slightly different story to that of digital cameras" 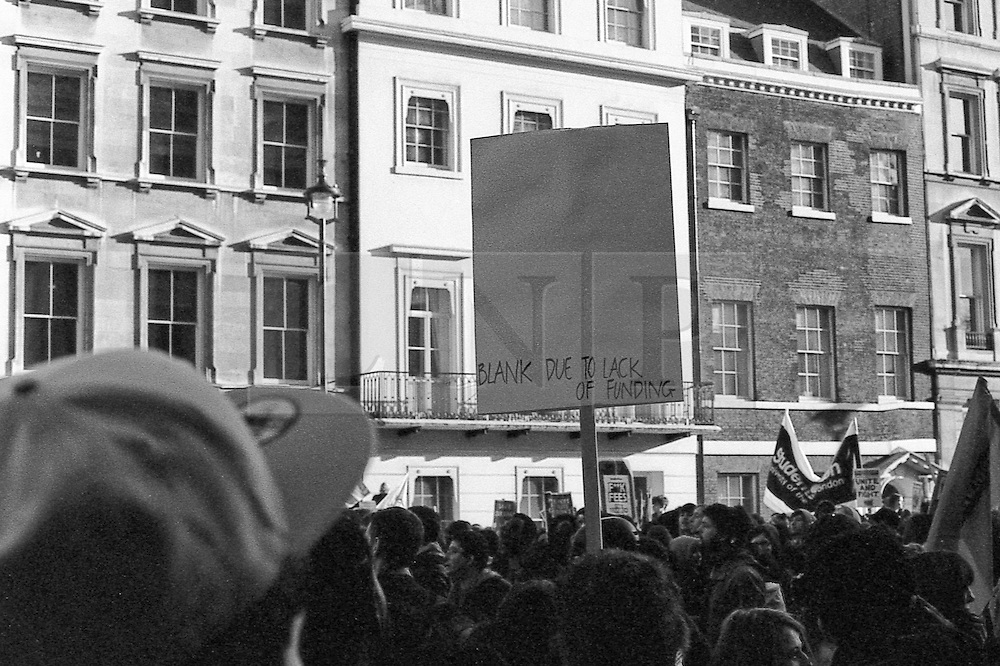