© Licensed to London News Pictures. 16/01/2020. London, UK. Extinction Rebellion activists stage a die in protest outside Siemens London offices, calling for them to pull out of a contract with the new Adani coalmine project in Australia. Environmental activists oppose the mining project and are concerned that the continued use of coal will lead to higher emissions of carbon dioxide, a gas which is linked to global warming.Photo credit: Vickie Flores/LNP 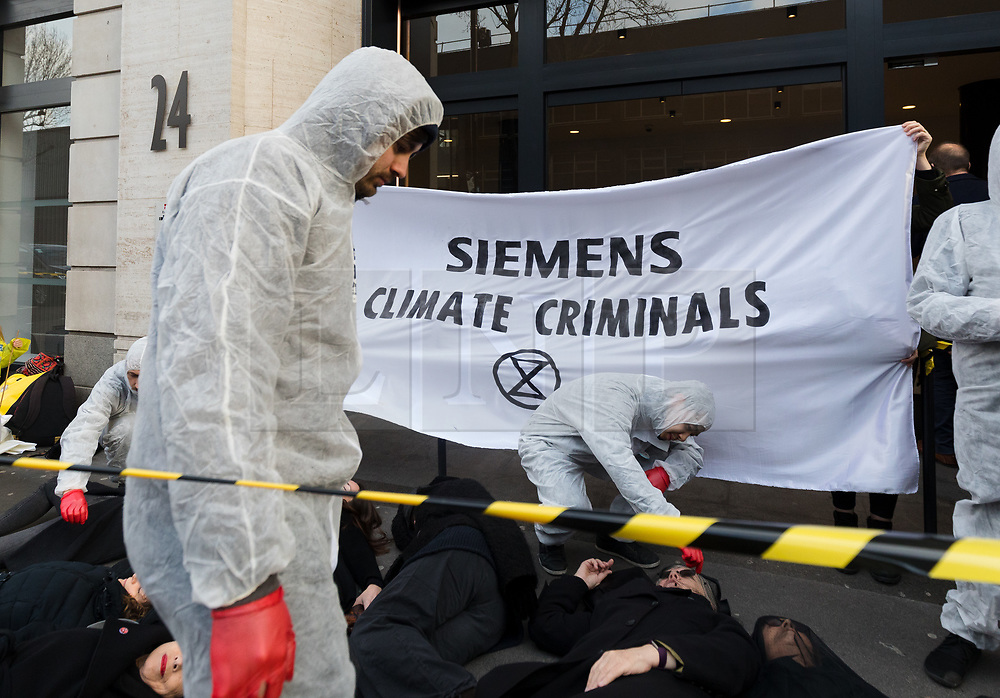