© Licensed to London News Pictures. 03/06/2018. London, UK. Pictures of some of the eight victims are placed at the scene of the attack ahead of a minutes silence for the victims of the 2017 London Bridge Terror attack, held on London Bridge. Eight people were killed and 48 were injured when a van was deliberately driven into pedestrians on London Bridge. Three occupants then ran to the nearby Borough Market area carrying knives and fake explosives. Photo credit: Ben Cawthra/LNP 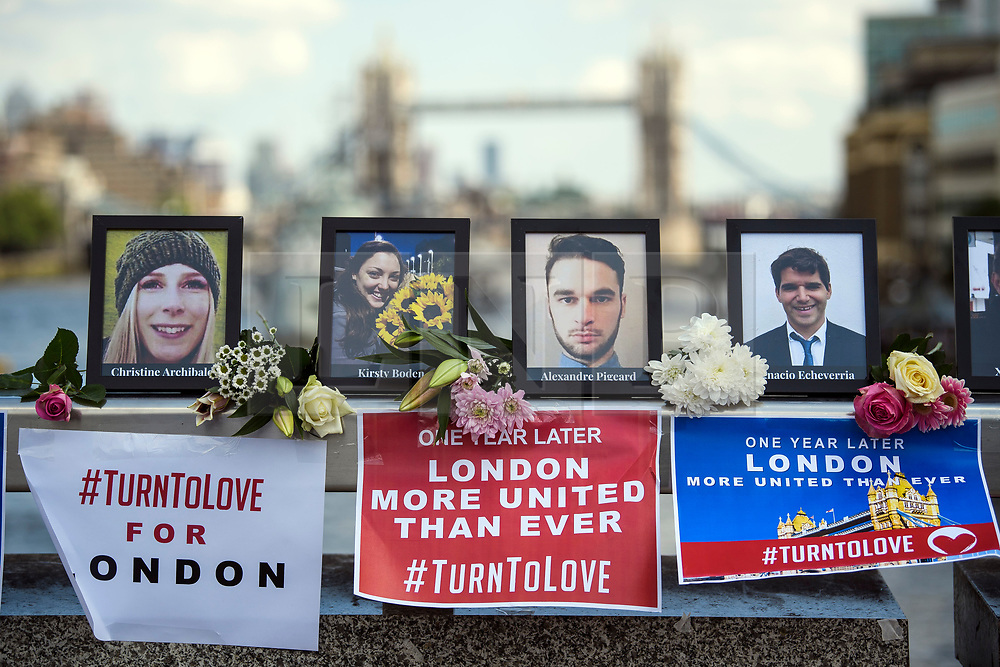