© Licensed to London News Pictures . 03/08/2014 . Cassis , France . A ship passes through a thunderstorm , the sea around struck by bolts of lightning , as intense electrical storms sweep the South of France this morning ( Sunday 3rd August 2014 ) . Viewed from the historic town of Cassis , near to Marseille in the South of France , the vulnerable vessel is seen steaming straight in to the path of the storm in the Mediterranean Sea and , at one point , appears to be struck by lightning . In the left of the frame , the silhouette of the 1293 foot high Cap Canaille cliff - the highest sea cliff in Europe . Photo credit : Joel Goodman/LNP 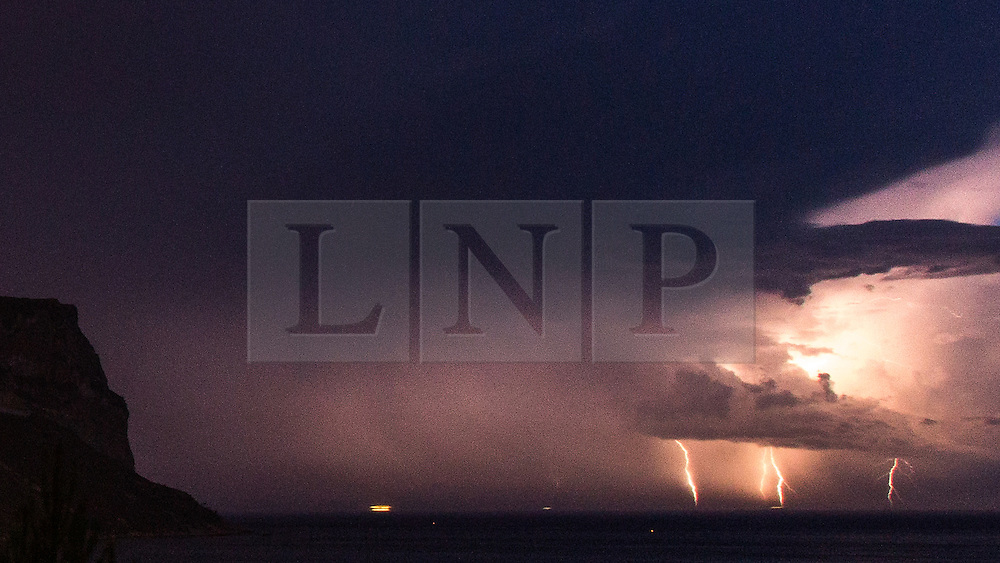