© Licensed to London News Pictures. 29/01/2018. London, UK. Floral tributes and condolence messages have been laid out at the site of a car crash where three teenage boys were killed in Hayes, west London, on the night of 27 January. Jaynesh Chudasama, 28, of Hayes has been charged with three counts of causing death by dangerous driving and will appear in custody at Uxbridge Magistrates Court on Monday 29 January. Photo credit: Stephen Chung/LNP 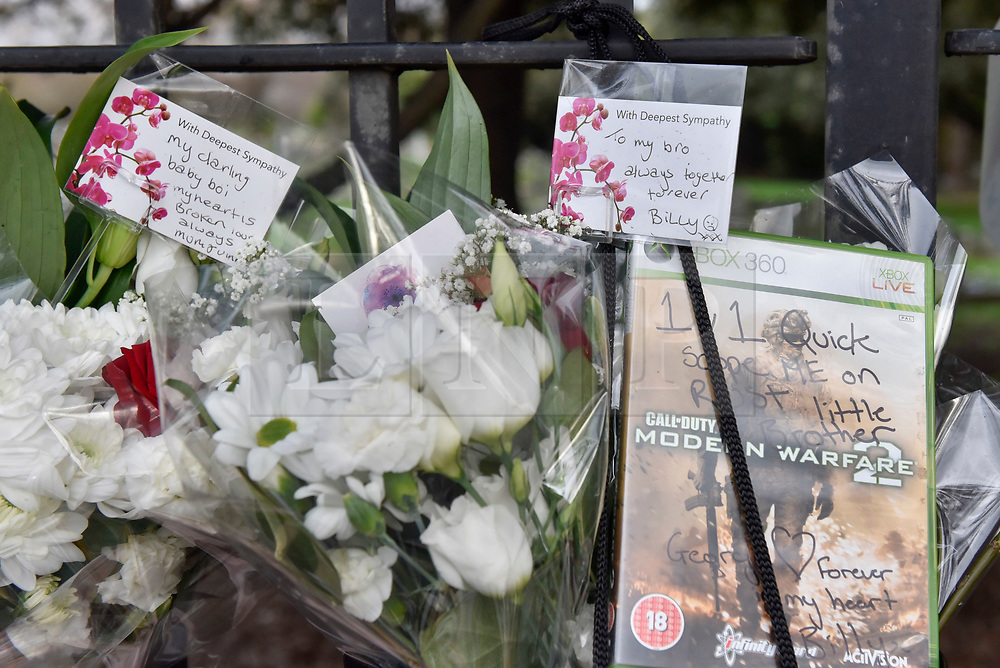