© Licensed to London News Pictures. 19/03/2018. LONDON, UK. The exterior of a residential property in Haslemere Avenue, Hounslow, West London. According to police reports, a murder investigation has been launched after a man was pronounced dead at the property on the morning of 18 March. A 24 year old man has been arrested on suspicion of murder and a 19 year old woman has been arrested on suspicion of assisting an offender. Detectives from the Homicide and Major Crime Command are investigating. Photo credit: Stephen Chung/LNP 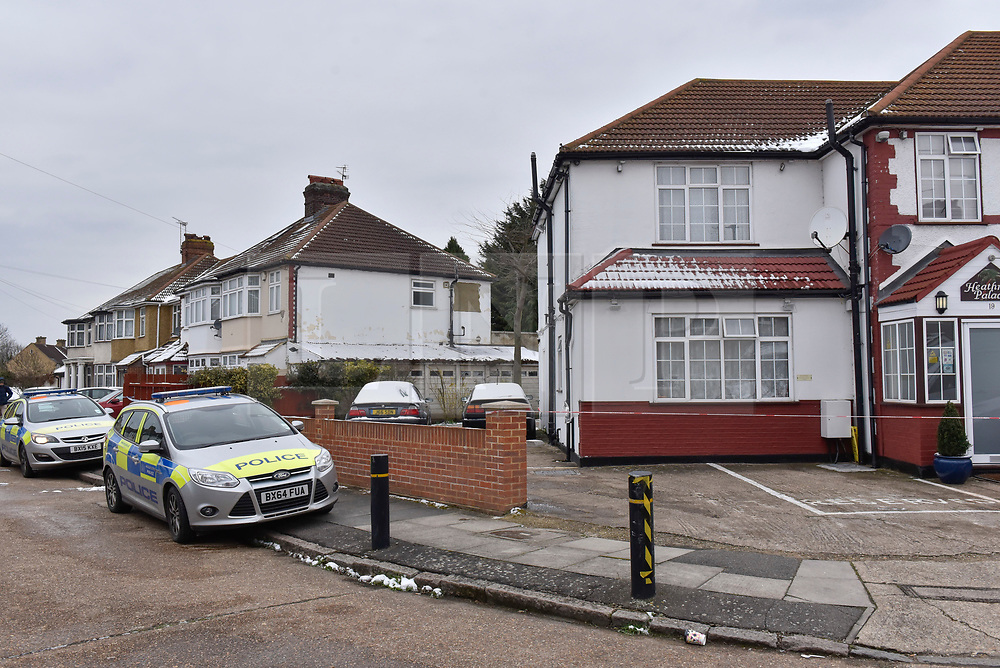