© licensed to London News Pictures. 04/03/2013. London, UK. Photocall for 6,000 personalised cardboard characters placed on Parliament square, London, in front of the houses of Parliament as part of the Fairtrade Foundation's campaign for a better deal for
small farmers. The 'mini marchers', which include characters of celebrities such as Jonathan Ross, Eddie Izzard and Tulisa, call for David Cameron to do more for small holder farmers ahead of the G8 summit in June 2013. Photo credit: Tolga Akmen/LNP 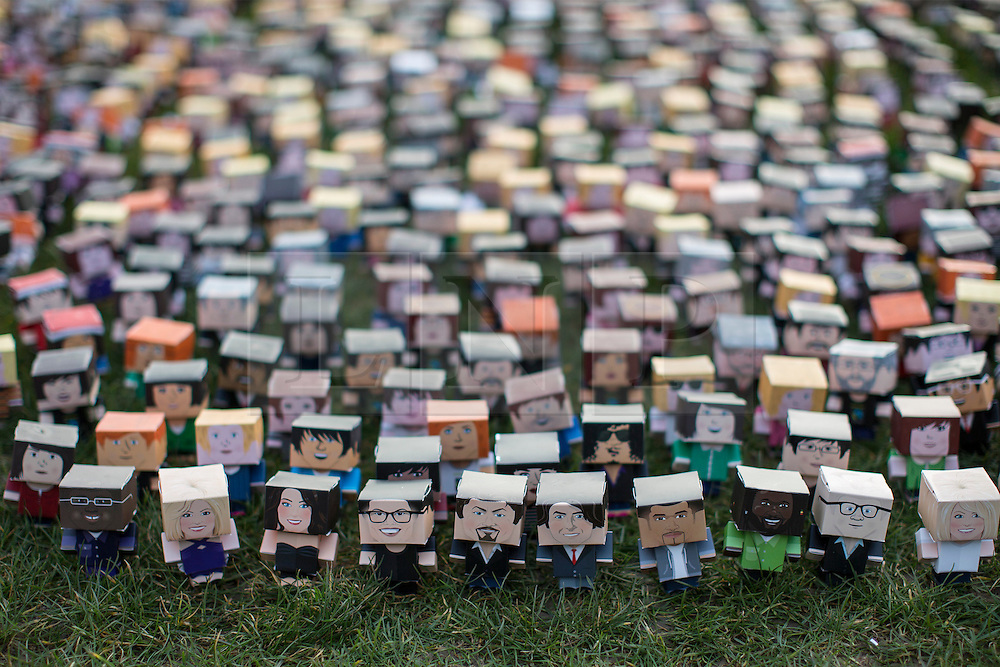