© Licensed to London News Pictures. 19/06/2020. London, UK. The scene in North Cheam after a fatal shooting. Police were called at 01:12hrs on Friday, 19 June to reports of shots fired on Brocks Drive in North Cheam. Officers, including firearms officers, attended, and found a man, believed to be in his mid-20s, in the street suffering from a gunshot injury. They immediately provided first aid. The London Ambulance Service and London’s Air Ambulance also attended but despite the efforts of officers and paramedics, the man was pronounced dead at the scene at 01:45hrs. Photo credit: Peter Macdiarmid/LNP 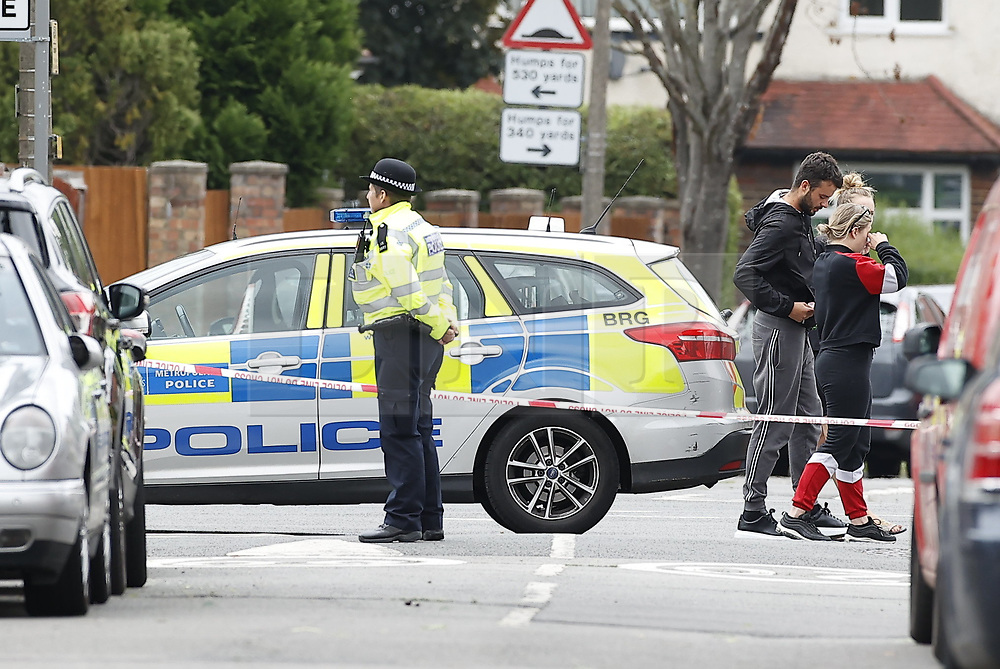