© Licensed to London News Pictures. 27/06/2015. Pilton, UK. A man jumps the Glastonbury Festival wall without a ticket by flying into the festival in a light propellor-driven motorised aircraft, landing in next to the Stone Circle at 9pm to cheers from the watching festival goers. Festival officials were quick on scene, after a tug-of-war with the wall jumper (helped by nearby festival goers) and the aircraft, they confiscate the aircraft but allowing the man to walk free. Asked for a quote by the photographer the man said 'I need a beer'. This years headline acts include Kanye West, who is due onstage later his evening, The Who and Florence and the Machine, the latter being upgraded in the bill to replace original headline act Foo Fighters. Photo credit: Richard Isaac/LNP 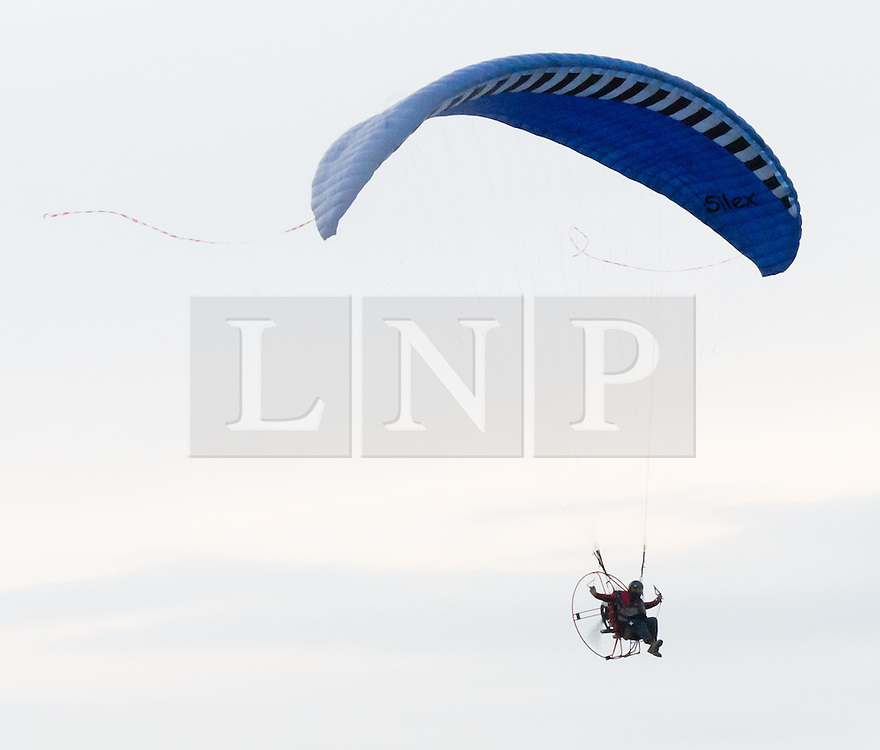