© Licensed to London News Pictures. 23/04/2021. Walton-on-Thames, UK. Police continue to guard the scene at the car park of a Marks and Spencer store in Walton-on-Thames after a man was killed in an altercation. Police were called to Church Street around 2.15pm on 22/04/2021 following reports that an altercation had taken place between a group of men. One of the men then got into his car, a white 1 series BMW, and is reported to have driven at two of the other men in the group. One man was killed and another injured. The driver of the car has been arrested on suspicion of murder and attempted murder. Photo credit: Peter Macdiarmid/LNP 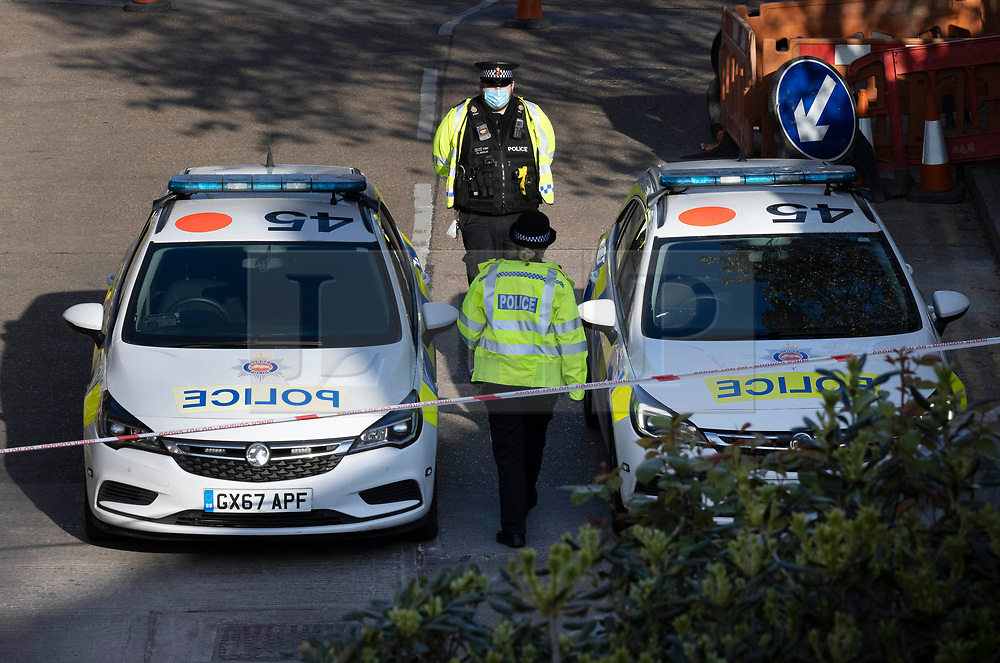