© Licensed to London News Pictures. 27/06/2015. Pilton, UK. Night-time festival atmosphere at Glastonbury Festival 2015 in the Shangri-La area of the festival - festival goers watch another on stage who strips to his underwear at the Kamikaze Karaoke bar, egged on by a male performer in drag with fake breasts. On Saturday Day 4 of the festival. Shangri-La is a destroyed dystopian pleasure city. This years headline acts include Kanye West, The Who and Florence and the Machine, the latter being upgraded in the bill to replace original headline act Foo Fighters. Photo credit: Richard Isaac/LNP 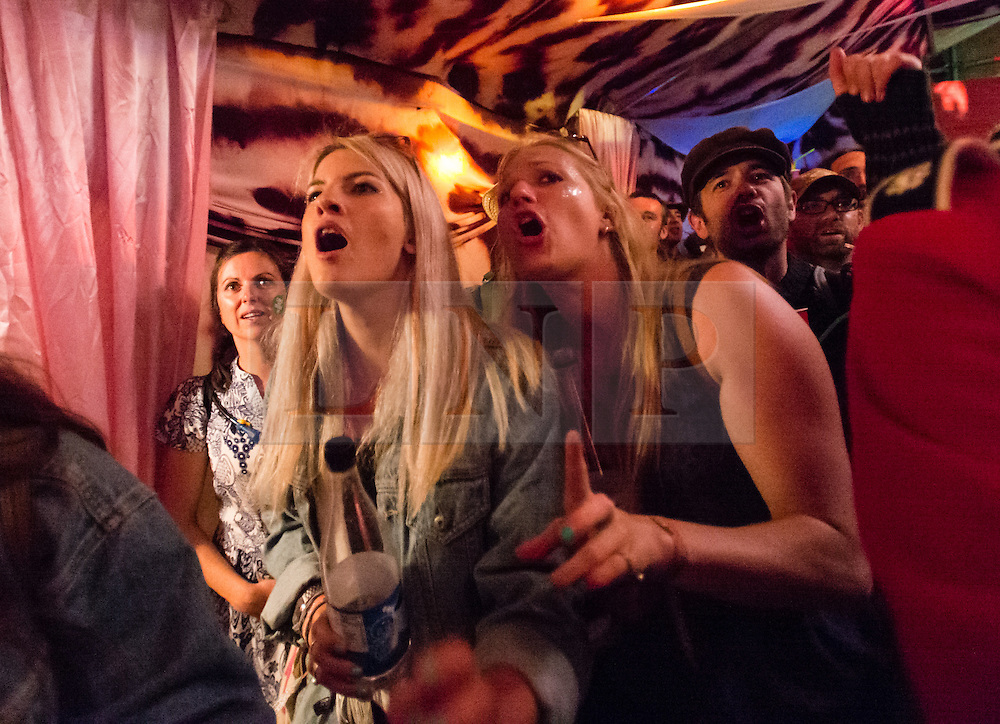