© Licensed to London News Pictures. 15/03/2017. Forensics team gather evidence as police cordon off outside a Macdonald's restaurant in Kings Cross after a man was stabbed outside restaurant near King's Cross station at 01:15am. Police were called to reports of a stabbing at the junction between York Way and Pentonville Road in Islington at 1.15am. London, UK. Photo credit: Ray Tang/LNP 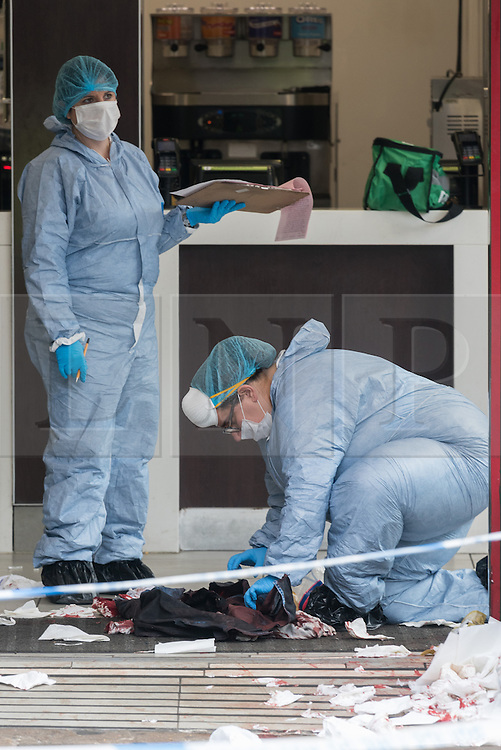